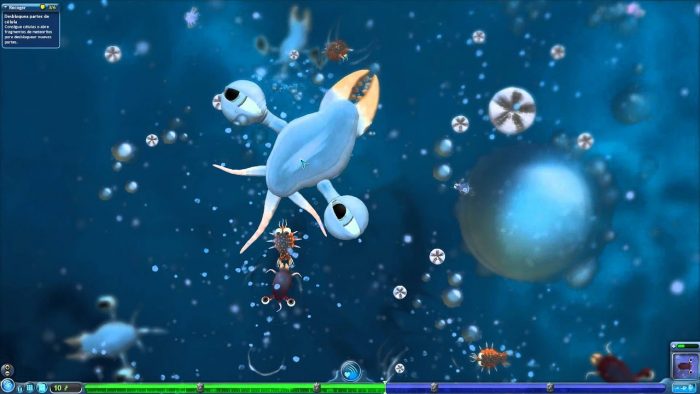 The very idea of ??exploring the origin of life is in itself one of the greatest mysteries of humanity. We are the product of an event of chance or we come from an extraterrestrial experiment are just some hypotheses. But, if we explore those theories with a Spore game with all its codes , it would be a very interesting option to explore.

Valid and active codes of Spore

Before talking about the Spore codes we have to tell you that there is a wide variety of them. Therefore, at HDGamers we set out to divide them according to their characteristics and benefits in the list that you will see below.

These codes will allow you to control some basic aspects of the game such as the size of the interface. Even even the inclusion of other tricks depends on them.

Therefore, we placed them from the beginning to highlight their great importance. These codes are as follows.

With these Spore codes you will have the ability to modify almost any visual aspect of the game to your liking, from the name of the planets to the appearance of your cell.

The funny thing about these codes is that you can add new perspectives and visual attributes to your game. So, although it is not very useful, you will have an aesthetic according to your tastes.

Fortunately for lovers of Spore and its practical way of exemplifying evolution. All the codes described above continue to work normally.

How to redeem codes for Spore

The last point in this guide on Spore codes is precisely how to activate them.

The truth about this is that it is quite easy since you only have to press the Crtl + Shift + C keys at the same time, which will open the game console. Once there, you can enter all the codes described above.

Next, we leave you with a small video where the procedure we have just described is illustrated.

We hope you have enjoyed this post and that you found the information you were looking for. If you think that we should update any information about Spore Codes or that we have made a mistake, do not hesitate to write to us!