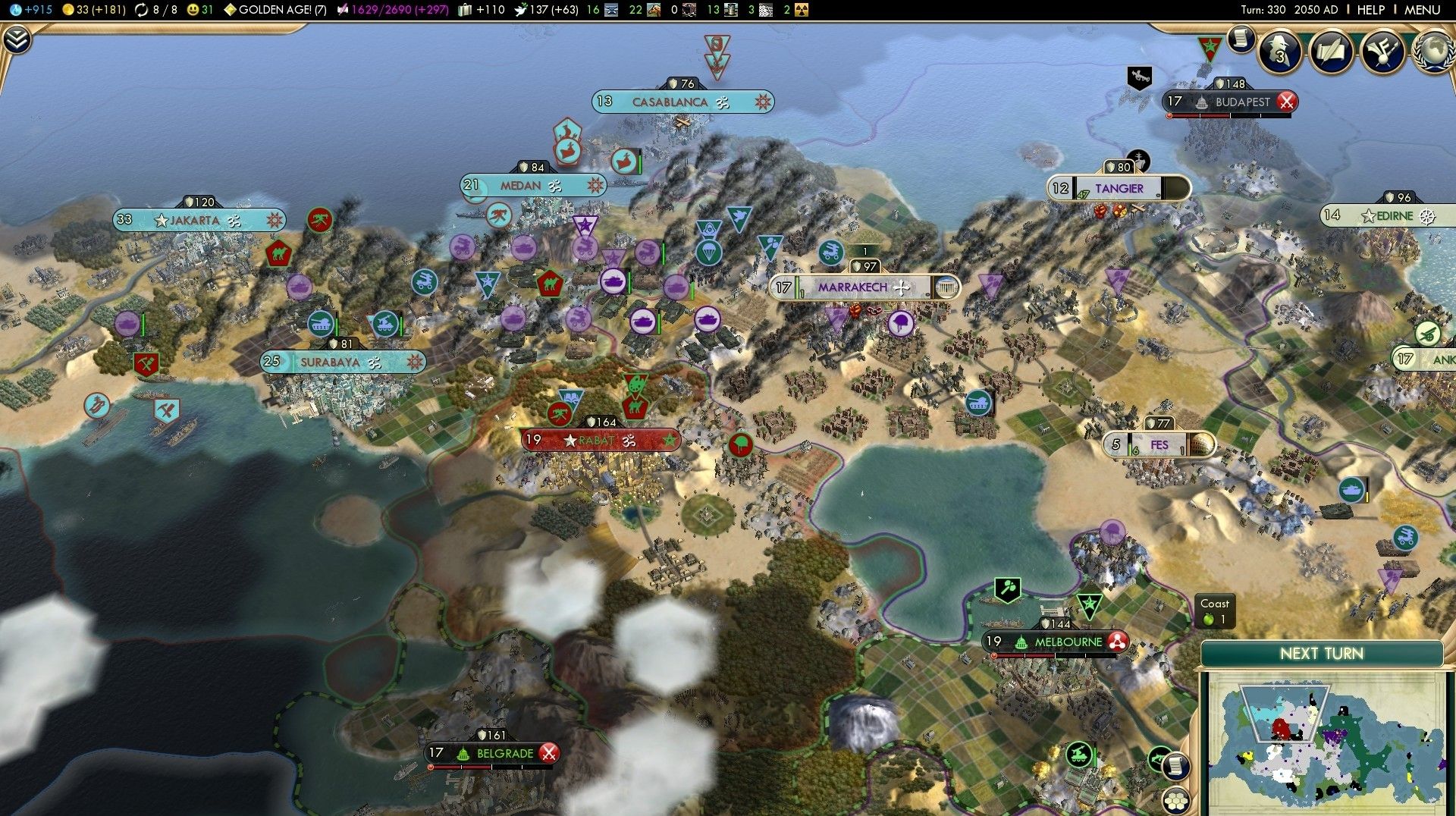 It is possible that if you have had the opportunity to enjoy this wonderful saga, you have been wanting more and are actively searching for games like Civilization.

Created by renowned video game programmer and designer Sid Meier in 1991. The Civilization franchise continues to be a top among the most played strategy games. It is one of the games that sets the genre 4X (EXplore, EXpand, EXploit and EXterminate) , which allows the player to get a complete experience in the maintenance and management of a Kingdom. Either carrying out military plans or devising economic sustenance.

The historical content contained in the Civilization saga is so much that it is considered to be of real educational value.

Also allow the player to enjoy a vast experience in video games of this type, since knowing how to play Civilization correctly, adapting to the next strategy game will be a piece of cake. < / span>

If you ever wanted to take control of the army Trojan or lead the troops of the fiercest and ruthless Viking warriors, the TOTAL WAR is for you.

Whether in ancient Rome or the grasslands of Scandinavia, history is taken to the great virtual stage. Total War allows for an unrivaled experience on the battlefield. The total leadership of the troops is at your disposal; Attack strategies, regroups, ambushes, absolutely everything is at your command .

It has a system of diplomacy and dealings with neighboring kingdoms that allows for an excellent government experience. While Civilization is more focused on the inside, busier with growing your people, here you know that you’ll continually get to the heart of the matter: massive real-time battles where armies clash .

And that’s not all, since Total War has a huge amount of expansions , which allow the player to relive historical events as different as they are; the French wars under Napoleon and the conquests of the Chinese armies.

For those who love video games futuristic and science fiction comes the excellent delivery from Stellaris .

Stellaris is a grand strategy video game 4X developed and published by Paradox Interactive. The game revolves around space exploration, managing an empire, diplomacy, and war with other interplanetary civilizations.

This is a grand real-time strategy game set in space in the year 2200. Players control spaceships and research ships, among other things. Combat focuses more on preparation and strategy than on the fight itself . There are also diplomatic options, such as alliances and trade agreements with other races.

The beginning of any game is exploring and colonizing space, while later game activities focus on diplomacy and the rule of an empire. Towards the end of a game, crises with galaxy-wide implications can occur . The universe depends on your decisions. Are you ready?

Alpha Centauri was created by Sid Meier, and on this occasion we sought to extend the original idea of ​​Civilization to a space age. Which resulted in a totally different experience for the player, with the similarities in gameplay of Civilization.

The game is characterized by a complex and well-developed storyline.

The factions are not divided by their race, but by their ideology or their way of seeing life , and that will affect how they will function on the planet . These factions may make treaties of friendship or alliances, but they will likely end up in competition with each other. Each of them has very defined profiles

It’s about terraforming an inhospitable environment, creating a civilization that’s ready to do whatever it takes.

Alpha Centauri was ahead of its time with its vision of the future and the problems humans could face. So government decisions must constantly be made to maintain between space empires.

Freeciv is a turn-based strategy video game inspired by Civilization. It is a TOTALLY FREE license video game, so it makes it accessible to everyone.

The customization of practically ALL the game is what makes it so striking. Sounds, graphics and rulers can be modified to taste.

It is an excellent option as a new consumer of this type of video game since it does not have a difficulty or previous experience in the genre, as perhaps some another game from this top yes.

And the goal is simple, create your empire, strengthen it, lead it in battles and take control over the entire map.

Stigma Theory: Global Cold War is a game of Turn-based strategy from the creators of Out There that takes place in a future where a new world-changing technology has ushered in a new global cold war.

Recruit and use your agents and new technologies in diplomatic missions, espionage and deception to ensure control of the future.

This is your best option if you want to test a game practically based on 4X game ideas, but it is much simpler to run.

It’s an easy concept to understand, but it takes the fun part of diplomacy in strategy games and puts it center stage, leading to interesting narratives and conflicts .

The game is mainly set in the era of discovery and colonization of the new world. It begins in the historical context of the end of the Hundred Years War and the fall of the Byzantine Empire and continues through the revolutions of the thirteen French colonies and concludes after the Napoleonic Wars.

However, during game development, the player’s decisions will radically alter the course of the story, so that towards the end of the game much of the world will differ from reality. .

If as a player you opt for a more historical and truthful content, this is your game.

We hope that our list of games like Civilization has been to your liking and that you may find an interesting title to enjoy in the future. 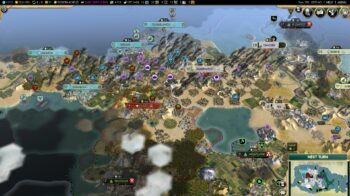