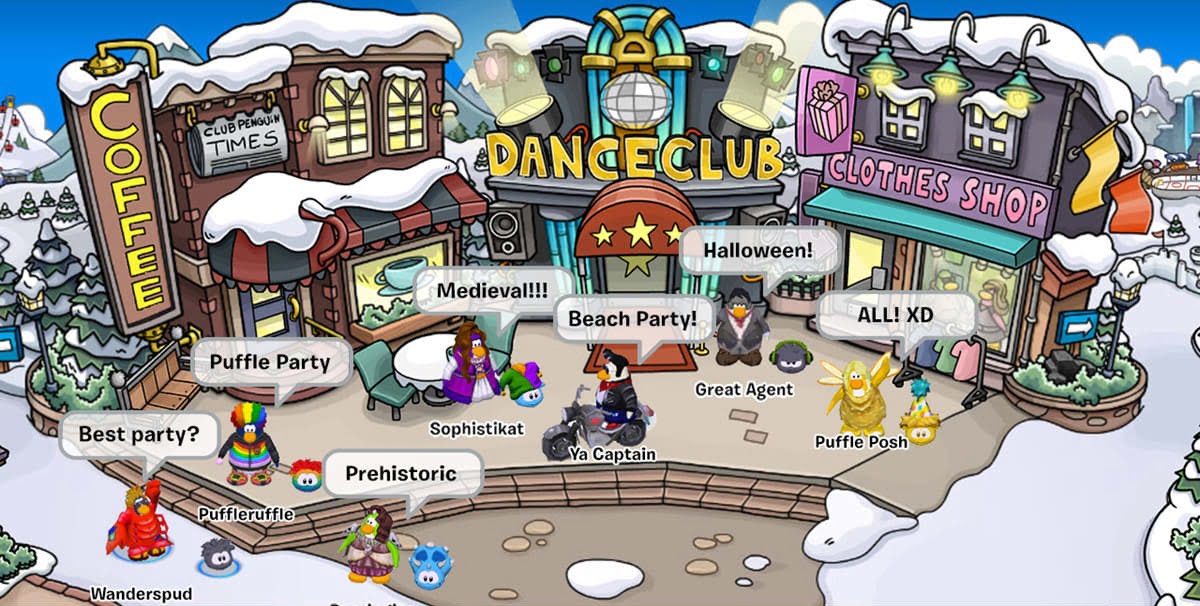 Children love online games, but sometimes the internet is not a safe place for them. For this reason, some developers of games like Club Penguin are committed to providing entertaining and safe spaces that avoid any inappropriate content, as far as possible.

Club Penguin was a popular multiplayer video game among the children’s community as it provided a comfortable and fun virtual environment.

Their safety and language protocols for children ages 6 to 14 were available for both free and paid memberships. It closed on March 29, 2018. Therefore, if you are looking for or other games similar to Club Penguin, with different activities for your children, here is a brief list of the best known. 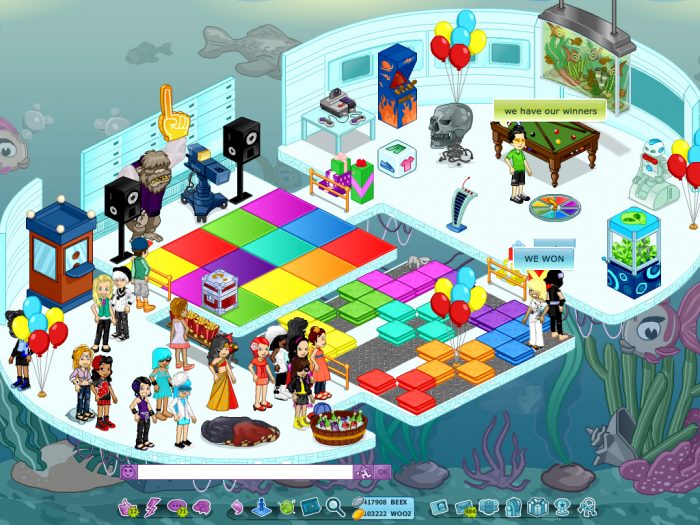 If the world of fashion and fame are fun for you, Woozworld brings you the possibility to create your own character and his story. You can customize it with different characteristics, such as hairstyles, makeup, designer clothes, and available outfits.

In addition, you can get exclusive accessories for your outfits and bedroom; participate in contests, competitions, and tests to decide which is the best room; meet new friends and interact with them, and rise in popularity until you become a celebrity. 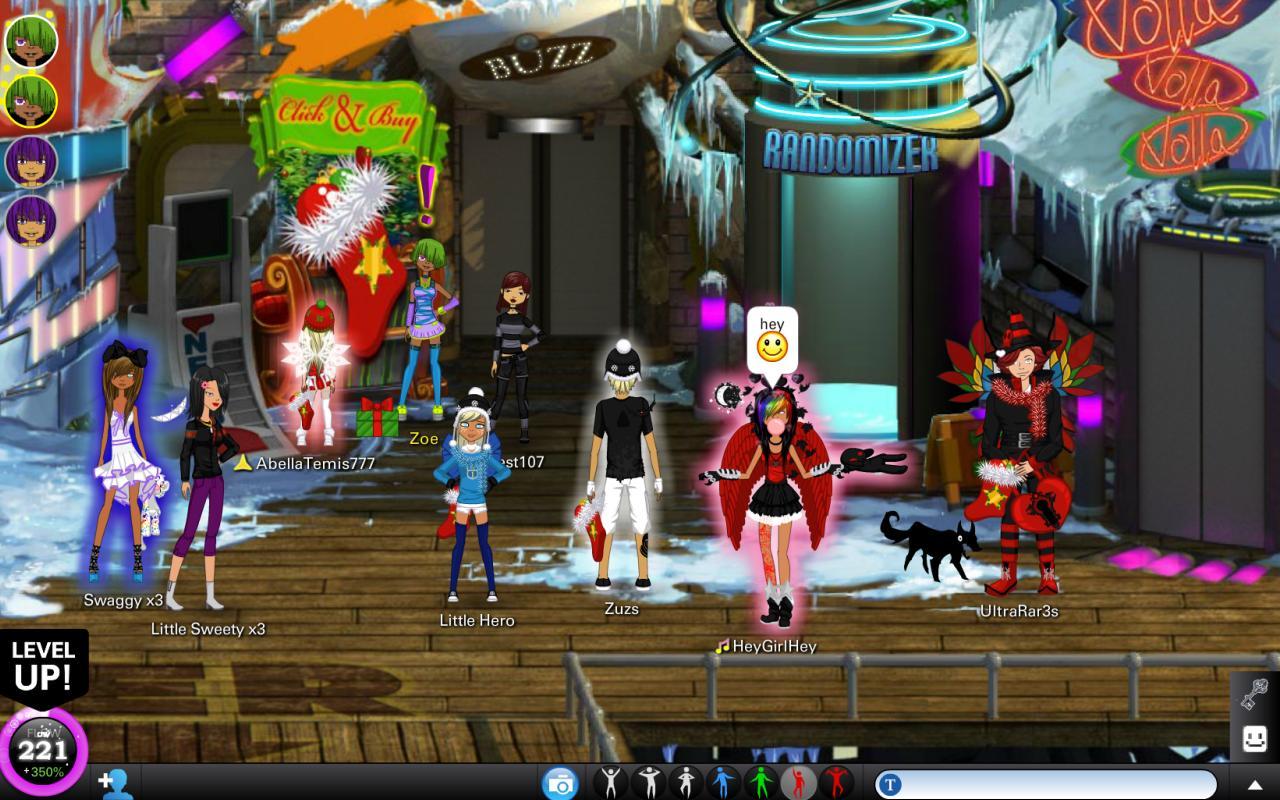 Another game like Club Penguin and whose content is compatible with children and adolescents, in particular, is Our World. This has different activities and mini-games to offer, where millions of players worldwide can participate.

The first thing you will have to do is create a character and customize it to be able to move on and continue exploring other sections of the game.

In addition to this, each player has a small department </ strong> to personalize and decorate to his liking, where he can invite his friends to hang out.

As additional activities, you can participate in games, give and receive gifts, create groups, send and receive mail, among others. 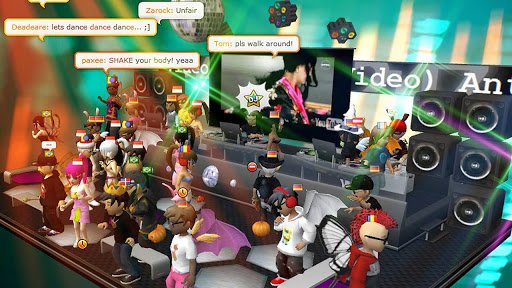 This is among the most popular Club Penguin-like games. It should be noted that, in particular, Club Cooee is focused on a romantic plot for teenagers, specifically.

In this sense, the characters are usually teenagers with a funny look, who can go to different locations to entertain themselves, such as beaches, clubs, among others.

It also has other social functions to interact with other players, such as chat, your own music and a DJ studio. 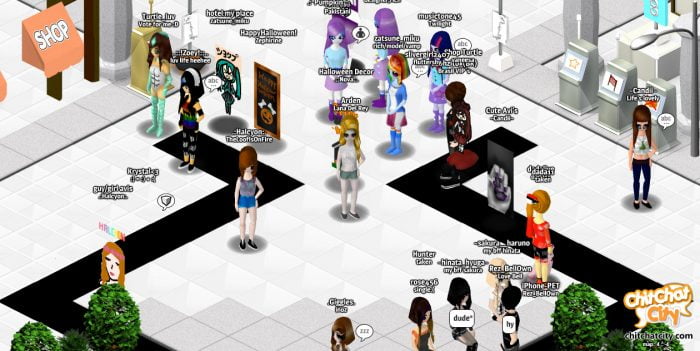 Chit Chat City was a great virtual world. The Project was supported by a single developer, and had servers for North America and abroad.

Many colorful and lively characters used to coexist, of which you could choose your favorite to play with.

At the time, you could also communicate with and interact with other players, as well as create stores and sell in-game items there. Finally, this game closed on August 1, 2018. 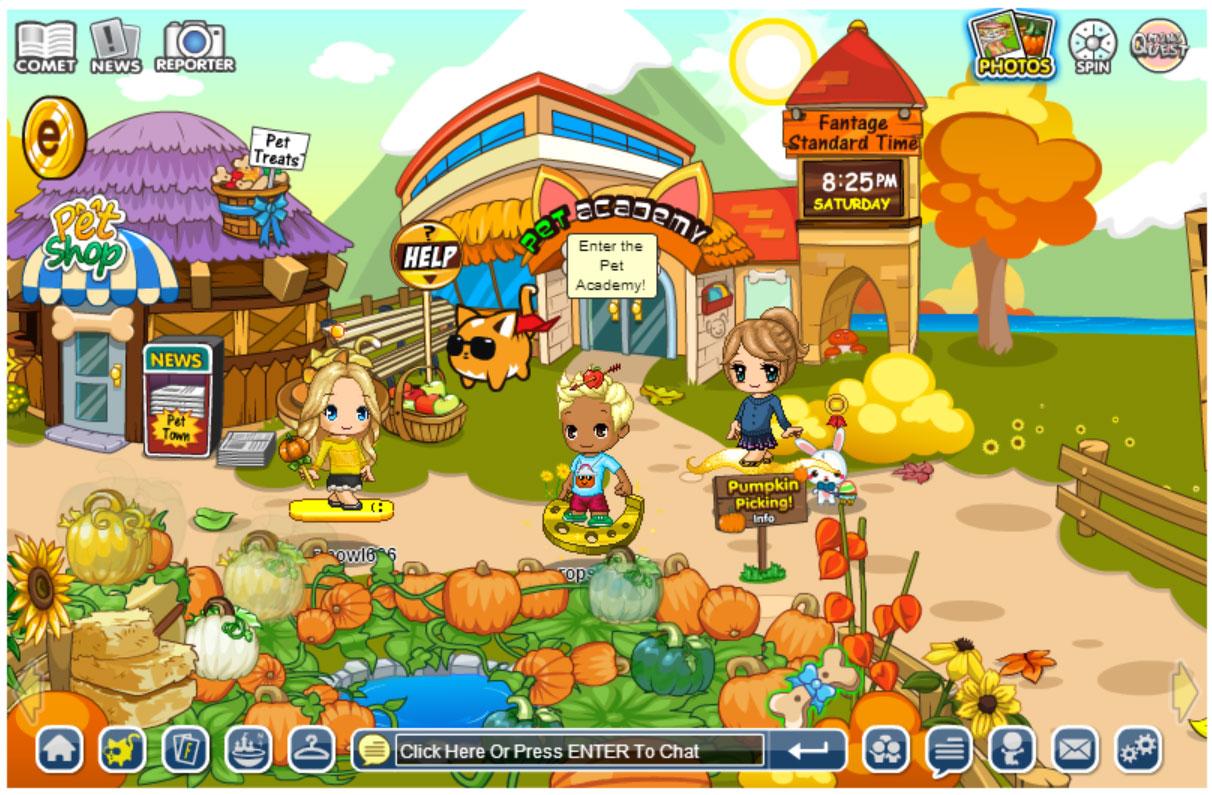 Fantage was a free 2D game that you could run in any web browser, where you could create cartoon-looking characters, customize them, dress them up, chat with friends, and play a variety of simple games.

In fact, his style was similar or rather based on the anime style, but with some touches of the classic North American animation.

The avatars had big heads and eyes with which they could gesture, and small bodies, such as those in the chibi style. 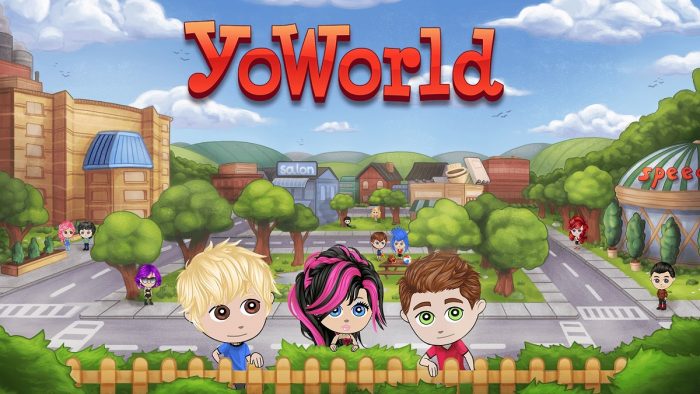 Fortunately, we can count Yo World as one of the Club Penguin-like games still running.

Currently, is considered for those over 13 years old, since it has moved to a mobile platform Android e iOS , and it also works as Facebook game. In it, you can have your own character and explore a fun and colorful virtual life.

Additionally, you can meet old and new friends, hang out in different beautiful places, play mini games, and other fun activities. Even as an adult, you might enjoy it. 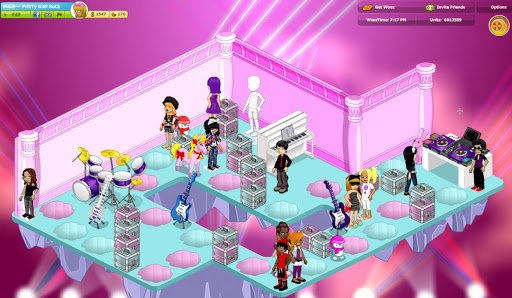 Zwinky was a life simulation game where thousands of avatars coexisted on the same platform, and you could perform different entertaining activities.

You had the possibility to make new friends, chat and play a series of minigames that were quite entertaining and simple. You could also customize her outfits, hairstyles, accessories, skin tone, and more. 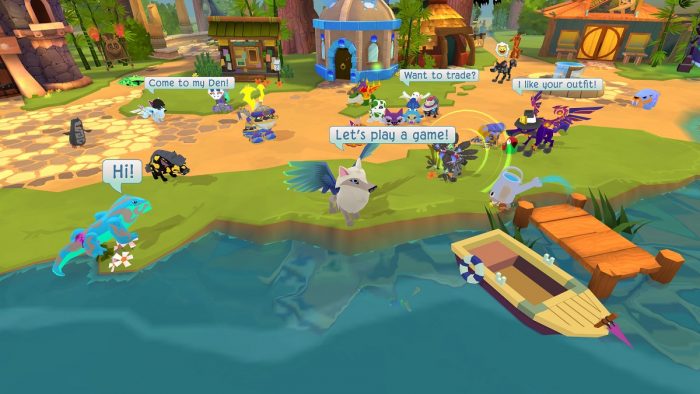 Without a doubt, Animal Jam is one of the loveliest Club Penguin games ever, full of colorful animals and lovable personalities. Its developers have worked hard to create this game and it is absolutely worth downloading.

In the educational section, it is very rich, since allows players to learn many curiosities about zoology, play minigames, have parties and enjoy social interactions with other fans of the game in a safe environment.

For children curious about nature, this is the best game ever. Currently, there is the version Classic and the current version, both with different unique and fun features.

Speaking of games similar to Club Penguin, we have Poptropica, an educational game born in 2007, developed by the Pearson Education Family Education Network, aimed at children aged 6 to 15 years.

It has a large number of fans and subscriptions around the world, and provides a safe environment for children to learn and socialize.

Available at Appstore , Playstore and through web browsers , Poptropica lets you explore islands and make friends, read comics and books, travel through time, get out of prisons, build your own islands, and fight monsters, thieves, and pirates. 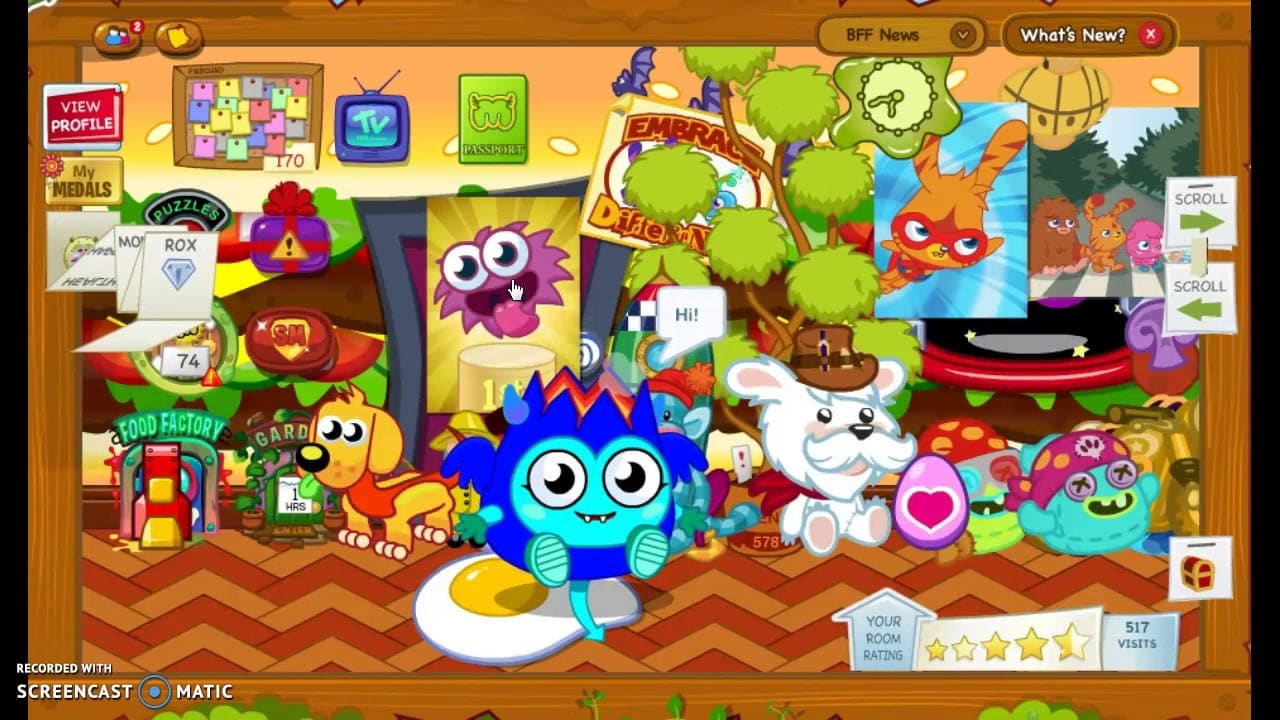 Moshi Monster was a game originally created in 2007 that featured different characters that you could turn into your avatar.

These were adorable beasts that you could venture into in-game. Its popularity was very great and it grew successfully in different countries of the world. Unfortunately, s u original version for web browser closed in December 2019.

You could have pets, buy them clothes, and set up their homes. You could also walk around Monstro City and do some very entertaining daily activities.

At the time, maybe all of us enjoy these games -or still do, because we all have a child inside-.

Nowadays, although these games are aimed at a child or adolescent group, it is important to remember that it is the responsibility of adults and caregivers to always supervise their children’s activities in any online environment.

With this, we say goodbye for today and ask you: which of all these games like Club Penguin is your favorite and why?