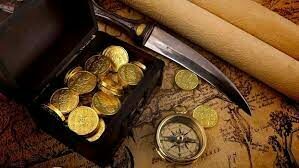 Few days ago, to our great expectation, Amazon Games finally launched the last stage of the closed beta testing for its first MMO called New World. At the same time, Gold4Vanilla welcomes players looking to buy New World gold even at this stage, as the game currency, actually called NW coin, will be the main engine of the New World’s economy.

New World MMO might come out as more popular than WoW Classic: The Burning Crusade

The game has been in development since 2016 by the then called Amazon Game Studios (now Amazon Games). It features the fantasy world of Aeternum, which by the looks of it, perfectly symbolizes the Atlantean Island myth in the Atlantic Ocean. Set in the 16th Century, players will be venturing into Aeternum, joining factions like The Marauders, The Syndicate or the Covenant, with ability to have more freedom of character development, as no preset class rule is established. One can easily switch from axes and hatches to burning mobs and other players with magic or shooting at them with bow and arrows later on if the first fighting styles do not provide enough fun.

Just like others MMO, there will be plethora of professions to skill up, ranging from Crafting ones (Weaponsmithing, Armoring, Engineering, Jewelcrafting, Cooking, Arcana and Furnishing), Refining Professions (Smelthing, Woodworking, Leathercrafting, Weaving and Stonecutting) and the Gathering professions like Woodcutting, Harvesting, Mining, Tracking and Skinning. Unlike WoW Classic where players can choose to have 2 professions, players in New World can level all of them at the same time.

To reach the end game, players will have to level from 1 to level 60, which can take up to a few months depending on the playing style. The game features conquest of cities, guild, magic and combat stemming from the 16th Century myths.

The “class” play is mainly tied around the chosen weapon, which is split in 3 different categories – 2 handed weapons: Bows, War-hammers, Muskets and Spears; 1 handed weapons: Swords, Hatches and Rapiers (shields can only be used with swords) and 3 – magical weapons: Life Staves, Fire Staves and Ice Gauntlets.

To our surprise, the closed beta revealed more than 100 game servers being available, split between several regions: EU Central, US East & West, Asia Pacific and South America. The previous alpha and early beta testing had less than 33 New World Servers. In a way, this can tell us that the game might turn out even better as expected and become even more popular than WoW Classic and WoW Classic: Burning Crusade which still top the charts since the re-release in 2019. Obviously just like WoW Classic gold is important in World of Warcraft, Coin will be equally as important in New World, as it will allow you to buy and trade resources, upgrade gear, finish tasks and quests, conquer cities and develop guilds.