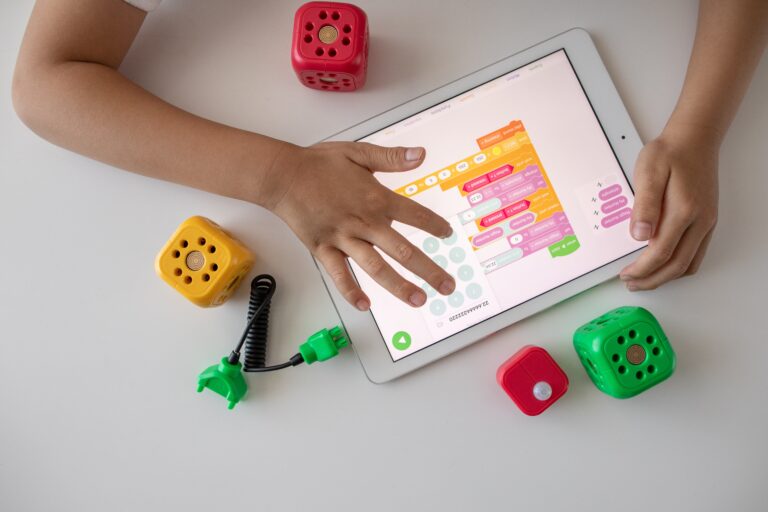 Today’s generation is pretty much engaged to use digital gadgets for fun and entertainment. Obviously, time has changed and it is so advanced these days that the little ones love to play video games most of the time rather than the physical games or doing physical activities that even I personally remember used to do when I was a kid. Well, now even my kids can’t live without playing video games.

So in this case, first let’s clear the misconception that video games are violent and non-educational. Well, while some are just time killers, there are many games that really improve the brain’s activity of anyone who plays those games. It means, they’re definitely educational. We’re not only talking about the puzzle and quiz games here but also those which can help your kids to see a wider and better ground to explore the depths of problem-solving skills and creativity that even helps to improve overall IQ.

Imagine a situation in a video game where survival is most important and your kid is trying hard to plan the strategy of how to stay alive and fight the situation, no matter how many times the character in the game perishes. Trying harder is the way to give them some insights into what to do next and improve. Plus, what if the game has the capability to help your child create something beautiful or something that is only can be imagined? Well, today’s video games have educational capabilities and are the best learning options for kids who spend most of their time using gadgets.

So, for parents who’re looking for educational games, here are the 5 outstanding educational games for their kids who’re students of the younger grades or even in higher grades. Learning is mandatory for everyone. Let’s explore them!

The programming concepts that this game teaches are a hilarious way to push your children into the world of computer science at a younger age with fun. Like they’ll come to know at an early age about how software is made and even the games that they love playing.

Scratch has block coding concepts with visual programming which makes it completely educational and even a time killer for the kids. They’d love spending their time making different logic to perform a specific task. Lovely!

For the starters of programming, Scratch is highly recommended to begin with. It is even suitable for all ages of children. So why not give it a try?

Minecraft is one of the world-class, highly-played games with an estimated 126 Million active users by 2021. Nowadays, parents are pretty much aware of the cubic, blocky, and square-shaped type of characters representing the chronicles of the game.

It has even become a tool for architects to become more creative in terms of turning their imaginations into virtual reality concepts.

The gameplay consists of multiple modes, such as survival, adventure, creative, hardcore, etc. Every mode has its own fun of gameplay and learning along. For example, the survival mode will engage the player in making a strategy to stay alive in the game, the creative mode will give them infinite control over the resources to turn their imaginations into reality, etc.

Kids can spend their time pushing themselves to new discoveries and explorations in the game and encouraging them to increase their problem-solving skills.

Do you love mathematics? If you even don’t, then you still have to solve those lengthy-looking equations of Algebra. It seems complex and boring, right? Let’s go for fun.

This game uses visual elements to understand the concept behind everything and solve the equation which makes it absolutely interesting. For example, a student can visualize two available sides and then, later on, remove the unnecessary components.

The best is that students actually solve the mathematical equation, but it all seems like just a game. Users don’t mostly realize that they’re solving something that they might be solving in a complex way in their schools. So, let the learning begin!

Virtualization has become so mainstream these days and kids love to see something they see in their real world, as it is in the gadgets. In fact, they love to create it all over again. SimCity is a game that carries the properties of productivity by teaching creativity, making it one of the educational games.

Kids will enjoy creating things in their own style. Even this game has caught the attention of architecture enthusiasts because of the creativity it presents.

There are multiple versions of the game, for example, there is Simcity Edu which covers the classroom learning requirements of the user including, Science, Technology, Mathematics, and even engineering concepts. So, just give it a go and explore the fun in this game.

This is a puzzle-adventure game that is packed with mind-blowing, creativity-enhancing scenarios. Kids will love to resolve the creative problems in the game in different imaginary scenarios that it presents.

This game does wonders when it comes to improving spelling, logical thinking, and creativity for the players. It gives a wider range of different challenges that can be resolved using the logical and creative side of the brain. So it has become one of the most popular educational games, without which so far, this list could’ve been incomplete.

So, how about making these games the next ones for your children to play? These games can really help your children to think out-of-the-box. When they face different challenges and difficulties in these games and explore new areas, their minds will open. Even in general, training the brain is something highly considered for younger children especially to make them sharp with the passage of time. If they spend most of their time gaming, make a move to turn their time killers into something beneficial for them. Happy learning!