The team will not always be the key in any contest, much less will it be able to overcome the skill of the players. But it is always very helpful to have some weapons and tools under your command. Even more so when you use a character that, apparently, is quite weak from the beginning. So HDGamers brings you the best Borderlands 2 Axton build guide to properly equip it for war.

Is Axton worth choosing?

Whenever you start a game you wonder which character is worth investing in. Borderlands 2 does not jump to this rule.

While looking at Axton ‘s statistics you will not find anything outstanding. Up to a point you could say he’s a pretty bad character, not to say he’s the weakest in the game.

A difference that is more noticeable when compared to really outstanding characters from the beginning like Sal or Krieg .

But here at HDGamers we tell you that actually when we talk about Axton , we mean a pretty strong and really good character.

The only detail is that he needs more equipment and work than just pressing F, holding W and clicking as if your life depended on it.

It is precisely this that places him a bit below the rest of his vault hunting team.

But for some reason it will be that in the polls, Axton is still number one among several users.

Is it empathy for the weaker or is it really worth it?

The truth is a resounding YES. Not only because it turns out to be fun to play, it comes with a good voice actor and personality. It will be a little less colorful as a character and not as flashy in the game as the others.

But believe us when we tell you that it is a more than entertaining and valid option to enjoy Borderlands 2 and for this, from HDGamers we have prepared this guide for you on how you should equip Axton to have one of the best characters in the game.

Continuing with this guide on Borderlands 2 Axton build, the first thing we need to improve should be the character’s true strength.

We generally consider this to be the key. We need to focus on improving his turret skill.

So if you want to equip your turret, this has to be its distribution:

An important point is the accuracy of Axton, it will depend on whether you can save as many ammunition as possible. It is a hostile world, you will need every bullet at your fingertips.

While accuracy is good, you can improve it but not as a priority. Having a high value on this attribute means that your turret will actually take longer to fire, which means it will fire less and lose a lot of duration.

To do this, you must distribute the points in this way:

But at the end of the day, the turret is crucial to Axton’s offensive ability. However, to deal damage you will need weapons, and you will be amazed at how simple their arsenal is.

In the second point in this guide about Borderlands 2 Axton build, we will discuss the basis for equipping weapons.

Gunpowder is the tree, which, in short, has everything to do with what gives us spectacular moments of destruction, suffering from our enemies and the occasional great explosion that we can provoke with Axton .

The only detail about the weapons tree of Axton , is that it will be the one we least specify, mainly due to the lack of more skill points since the turret it has higher priority. But rest assured, we won’t be at the mercy of taking care of our knife alone.

As we discussed. We still have some points to improve our arsenal. Let’s get to work and distribute them in this way. Just remember that you must have the class mod active to enjoy increased damage. But anyway, the idea remains the same.

Note: This way you will have 5 points to spare. Use them in what best suits your style of play. 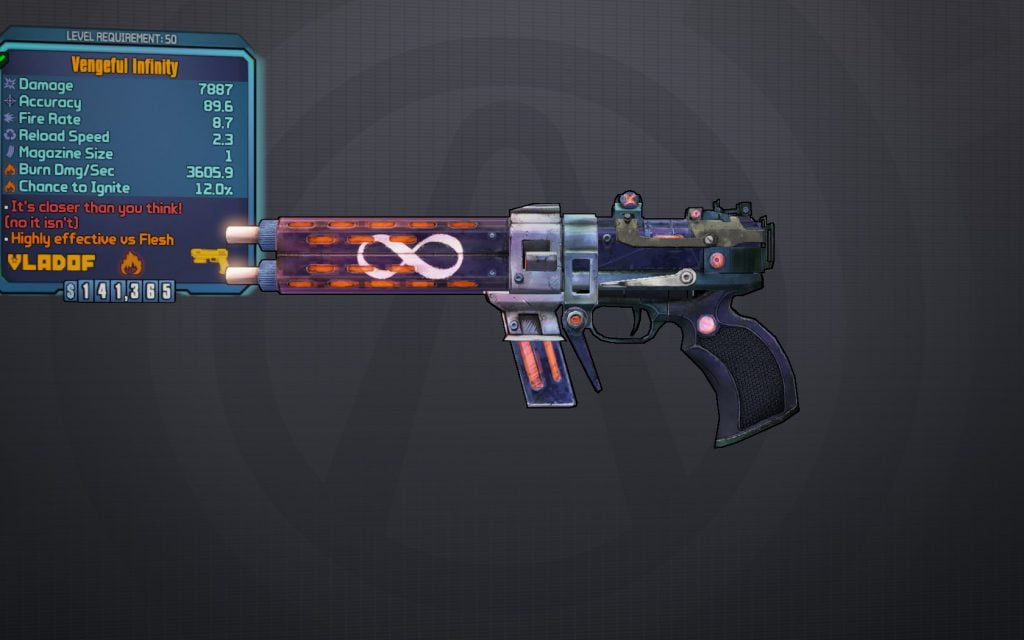 Survival is about making yourself better. The Axton build depends on that.

Now we already have upgraded weapons and a better turret , so now it’s OUR turn to get some upgrades for Axton .

In Do or Die

Something important to know is that the enemies you will encounter in Borderlands 2 can still enter the shield dome , and the shield itself dies VERY quickly.

In this case, this Axton build is neat and could work fine if you have a longbow. But it really isn’t worth making the turret stick to the back of the deck. So it’s a terrible idea.

An idea to make it worthwhile

In short, what we bring up to this point is a good concept, but overall still a bit of a bad one.

That is why to complement the Axton build, we will give you a small recommendation with which you will enhance your skills and your team. To do this, distribute the points in this way:

You might think that Grit is not necessary if you have Do or Die and the team we fight with will come out of FFYL, pretty well. or at least it can be. Even more so when we have a weak and bad enemy to shoot, in addition to having no shield.

But it really is worth having. Even more so if you intend to have two turrets. Which sounds great in the role of Borderlands 2 Axton build , but with the scum shots , it really doesn’t do much for us. Maybe with another distribution or another scenario it will be useful, but not here.

A detail with the long bow.

It just doesn’t have much use for him for the Borderlands 2 Axton build.

Maybe it might work if we have the right skills it’s useful like Mag-lock, Gemini and Nuke , but we are not considering having any of them.

Most of the weapons we are using (if not all based on which element of a given weapon you use) are elemental, so the benefit of the ability for non-elemental weapons is meaningless.

He increases grenade damage and launcher damage by 10% more, but more importantly, allows you to throw grenades in Fight for your life . And it is really useful to have him in this mode, in addition to being entertaining to see the bodies of those who want to give us the coup de grace explode.

Returning to the topic of using the longbow, he goes hand in hand with the concept of Ranger, which is quite nice if you are a fan of RPG and fantasy games.

But the benefits are so weak (5% more) that we really don’t recommend that you even think about getting it. It will only be a hindrance to the game. 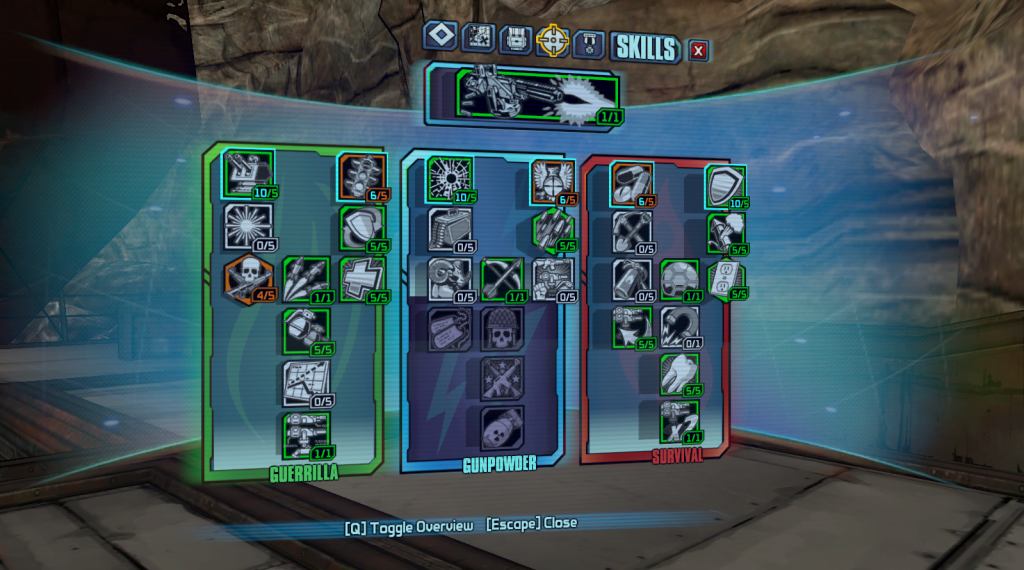 Everything we have been talking about how to distributeadd the points and some details that complement the Borderlands 2 Axton build. It would not make sense if we did not have the necessary tools to enjoy its great power.

Of course, the small amount of points that we allocate to the tree of arms will affect the artillery that we can count on. Which is summed up in an old standard guitar pistol as our first and best unit for defense and attack.

But do not worry, with a little love and dedication, she will show you all the fire power that she can give you. Also remember, your skills will make up for the lack of weapons you have. But that does not mean that you can only use this small pistol. Below we will show you the arsenal that Axton has.

Torgue weapons are really good with Axton in general, since with each skill that increases the Damage of Grenade the damage of < em> Torgue shells .

While we won’t be using as many Nade damage enhancing abilities in this particular build, Harold is still a solid pick for a gun .

There are a number of shotguns that work well with Axton . I could say that it is one of the preferred weapons in its design.

Among them we have The Omen (omen), Swordsplosion (Swords), Flakker or even just one regular Torgue Ravager are three.

You just have to remember that they are weapons for close-range combat. This makes its use quite limited, but it is extremely lethal and will save your life on more than one occasion.

It is part of two of the new weapons added for the Borderlands 2 Axton build in the downloadable content of Lilith that, by the way, we recommend.

The World Burn is very similar to the Nukem , except that it is brilliant, always causes Fire Damage and uses much less rockets </ em>.

It is really useful to exit FFYL if necessary.

Although, we already have weapons, turrets and a good team that completes a pretty good Axton build .

It doesn’t hurt to have some additional skills and equipment that end up tilting the battlefield in our favor.

The truth is, we can’t tell if there really is a particular shield that works very well with Axton and / or any of its abilities. So we can only tell you to choose the one that you like the most.

But it is always extremely necessary to have a shield.

So we won’t worry too much about the damage of the grenades .

This mod fires several scum shells , which engage on the nearest target and on impact explode into a scum cloud .

Now, there are a few things you should know about this mod: First, there are two versions.

Blue creates two shells , while purple creates four . Surely you choose purple, but you have to know that it is the one with the lowest precision range when shooting. Which does not matter so much since there are 4 shells. It is only a small dimension that you should take into account.

Second, the capacity of grenades will not be an issue, as grenades regenerate slowly.

Third, the nades take a second once thrown home on a target.

Just be careful when you throw them to the ground, they will bounce off the ground and immediately hit a target.

It is a small reward for beating the Lilith DLC story. Mouthwash is a simple relic, it improves the damage caused by Toothpick , the rifle that I mentioned earlier.

So if you already tend to use the toothpick, use mouthwash as well.

This class mod is rad. unlike other mLegendary Ods, this will increase 6 of your skills by 5 more points at the maximum level, these skills being the initial two skills, in the three skill trees.

In addition, it also increases the cooldown speed, firing speed, and weapon damage by up to 51%, 24%, and 42% respectively, depending on the mod itself.

On the other hand, consider that the distribution of the tree for weapons will be directly benefited by the use of this mod. So it is more than recommended if you are looking for the maximum expression of the power of Axton .

Now that you have all the basic ideas about the Borderlands 2 Axton build you can make the best decisions in the travel across the battlefield with a suitable team to tolerate almost any scenario that Borderlands 2 presents to you.

You will also find it interesting: 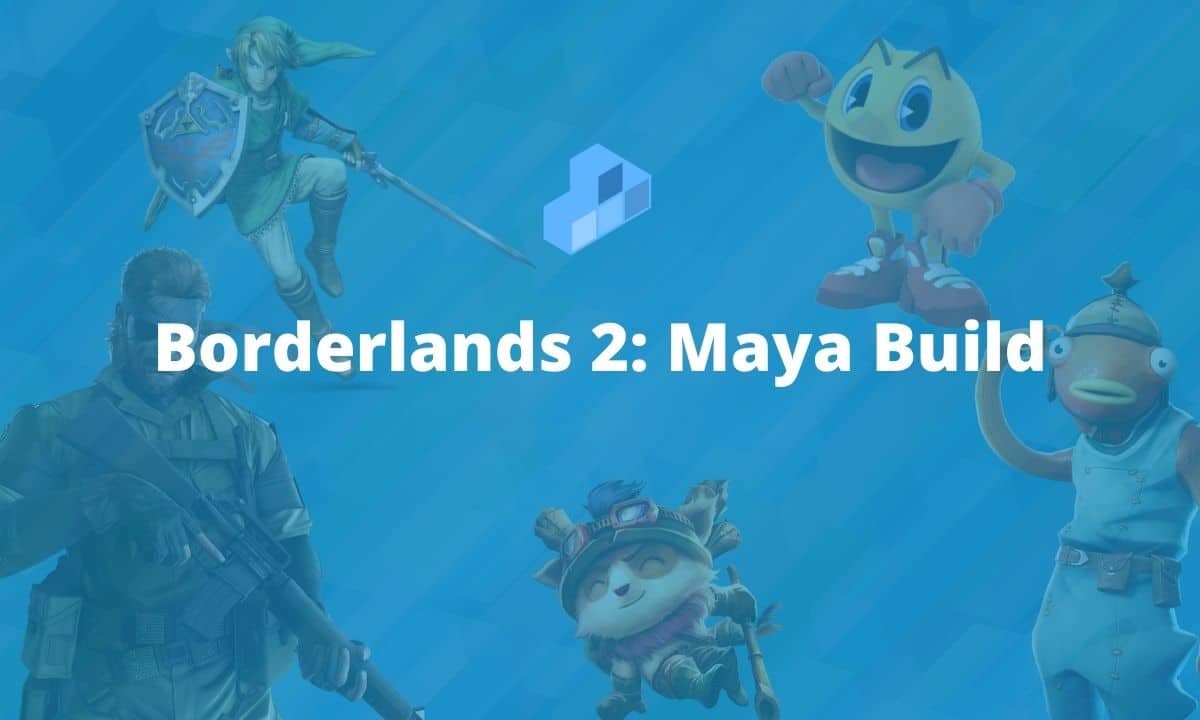 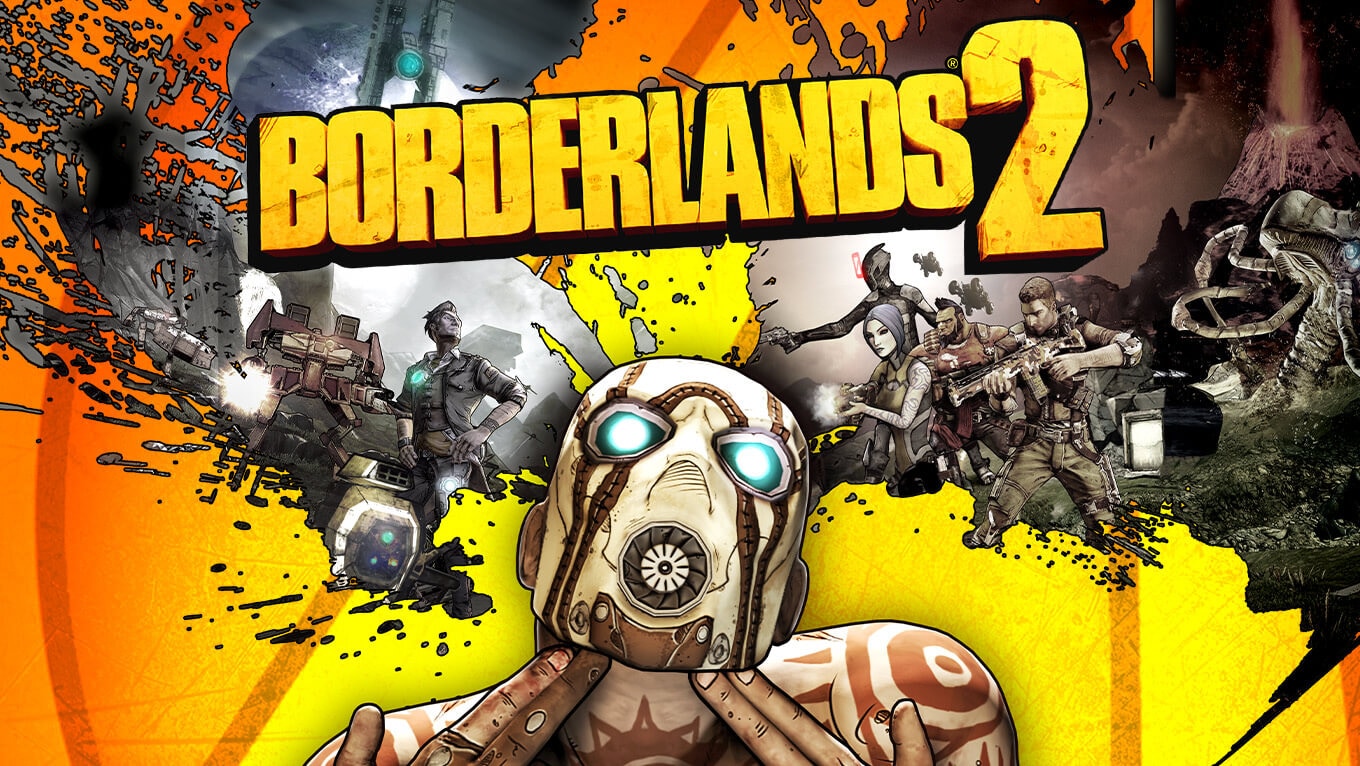