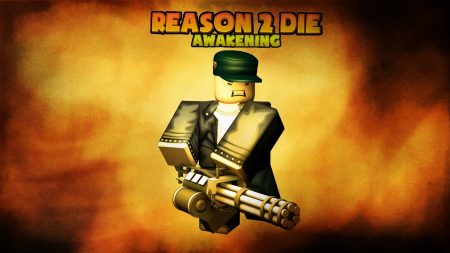 In the vast universe of Roblox , we find countless servers and game modes that will surprise us. A series of worlds and adventures that are only limited to the imagination. Just like the one that awaits us with the r2da codes and its new game options that will give us long hours of fun.

Unlike many codes we’ve come across from Roblox on the web, these are particularly weird. All because they are in the Twitter official account of the server thanks to the inclusion of a generator of < strong> r2da codes on this social network. Thus, you just have to follow it to get them without problems.

Next, we leave you with all the codes that are currently in operation.

Unfortunately for all fans of r2da codes, the following commands that will appear on our list are no longer available.

SCP: Guide with all the secret laboratory codes

How to redeem R2DA codes

To redeem the r2da codes, it is really easy. You just have to go to the codes button and then enter them in the dialog that will open. Then we leave you with a small video where the procedure is shown step by step.

We hope you have enjoyed this post and that you found the information you were looking for. If you think that we should update any information about R2DA Codes or that we have made a mistake, do not hesitate to write to us!