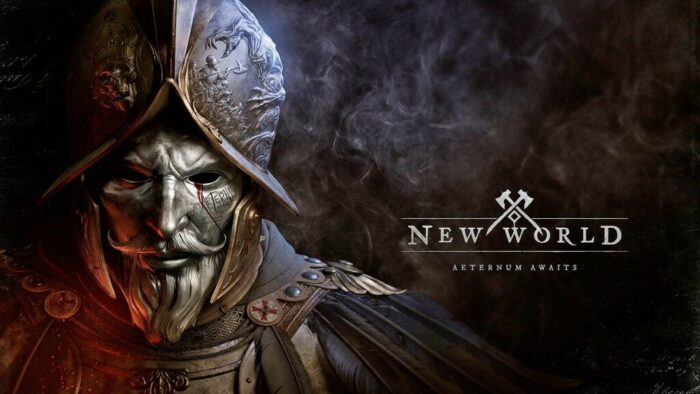 What is New World? Why is it popular? Should you play it? How does it break away from traditions? This SSEGold article covers everything you need to know.

What is New World?

I am almost certain that you have heard of this game by now. In recent weeks this game has generated a lot of buzz. Both good and bad. Good being – it’s a new MMO, and has the potential to be a really good one at that. Bad being certain graphics cards were being bricked by the game – not a very good start for Amazon Games. Bricking aside, the game has had, what seems to be a successful beta. (200,000 players participated) I was fortunate enough to be one of those who got to play the beta. My computer is still intact, thanks for asking. So, what exactly is this game everyone has been talking about?

Well, New World is a MMORPG, that can currently be pre-ordered in 3 different bundles and requires no subscription, set to release on August 31st 2021 and was created by Amazon Games. New World breaks away from traditions of MMO’s, in the sense that, there are no quest givers. The game was designed to be a massive sandbox which is mostly self-guided. It has in-depth resource and inventory management, RPG like combat, PVP and tons more. For those of you worried about it being a “pay to win” game, so far, the in-game market only sells skins, home décor and pets.

The Most Popular Casino Games Among GamStop Users

Generally, the game is described by Amazon Games as “A game about colonizing a new continent in a parallel universe set in the 17th Century which is home to demons and monsters.” As with any pilgrimage, you need to collect resources and build a settlement. Don’t worry if you think this sounds grindy, because you won’t do this alone. From what I gathered while playing, players in the same faction will pool together resources. 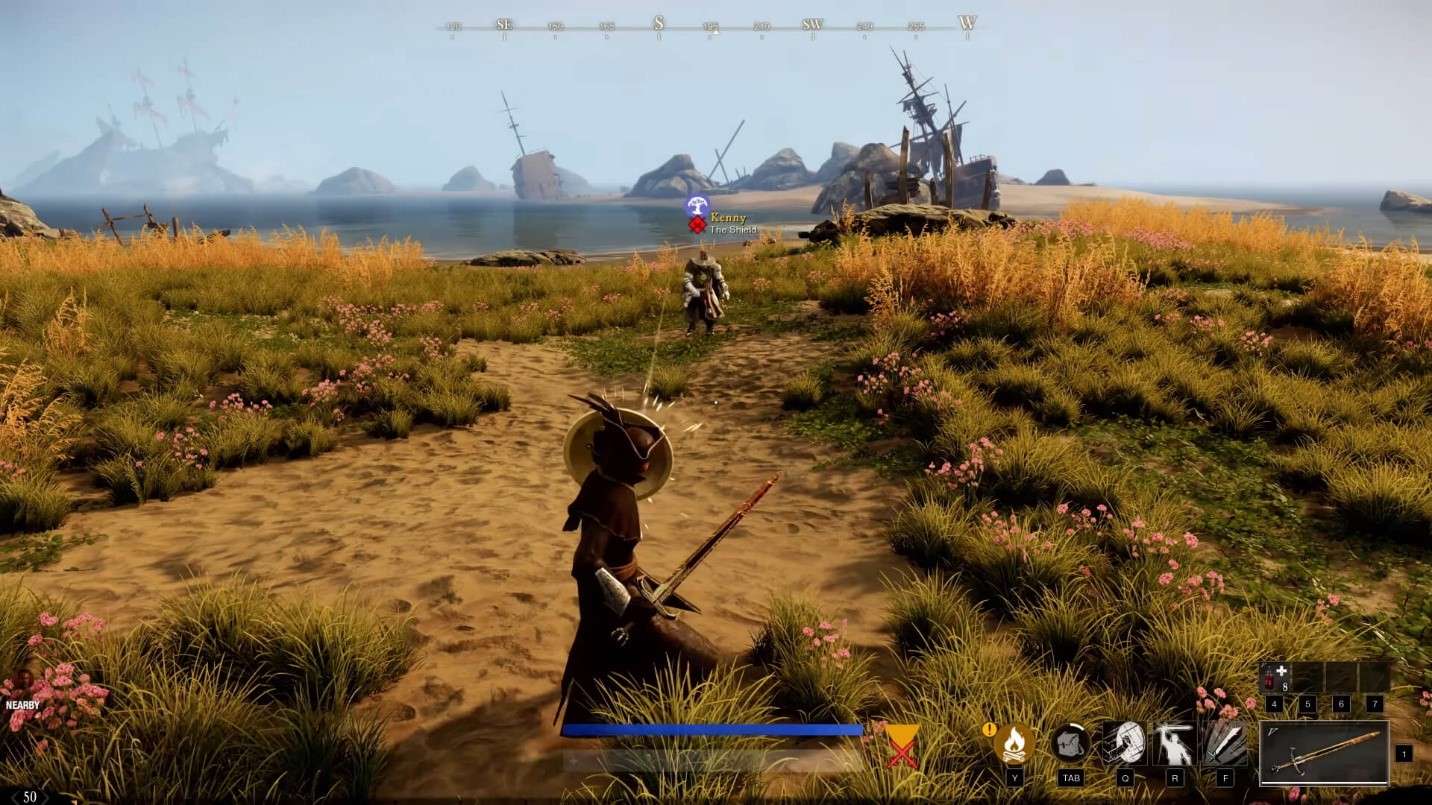 The gameplay so far (from beta experience) focuses mainly on resource collection (similar to that of Minecraft, Age of Empires etc.) and combat. The combat was kind of a disappointment. It felt unpolished. Considering New World is an MMO and there are ton of enemies to kill, this is a big negative. You want to have fun slaying enemies and currently it just feels like its stuck in an unfinished state. I hope this is something that is changed with the release of the actual game or touched up in a later patch/update. The best way to describe the combat is to compare it to that of Mortal Shell where it’s quite slow and every move needs to be thought through first. With every swing of your weapon, your stamina bar will deplete, and it gets worse depending on how much you are carrying. (Inventory management is going to be very important here.) Spamming attacks will leave you without stamina and an enemy can take you out before you say “Damn stamina!”. As with many games, wear or carry too much gear and you will be over-encumbered. Inhibiting your ability to perform certain actions. If you do get killed, thankfully your entire inventory will be in the same spot where you died. And luckily, other players cannot pick it up. As of yet, there aren’t any raid bosses or instances that players need to overcome (such as dungeons in FFXIV.) There certainly will be PVE activities, some of which I will list below.

Some of the PVE content to come include: (This can be found on New Worlds website as the game is not yet accessible to players.)

Aside from the Guild factions, which I will touch on later, there are four enemy factions that you will have to fight against. 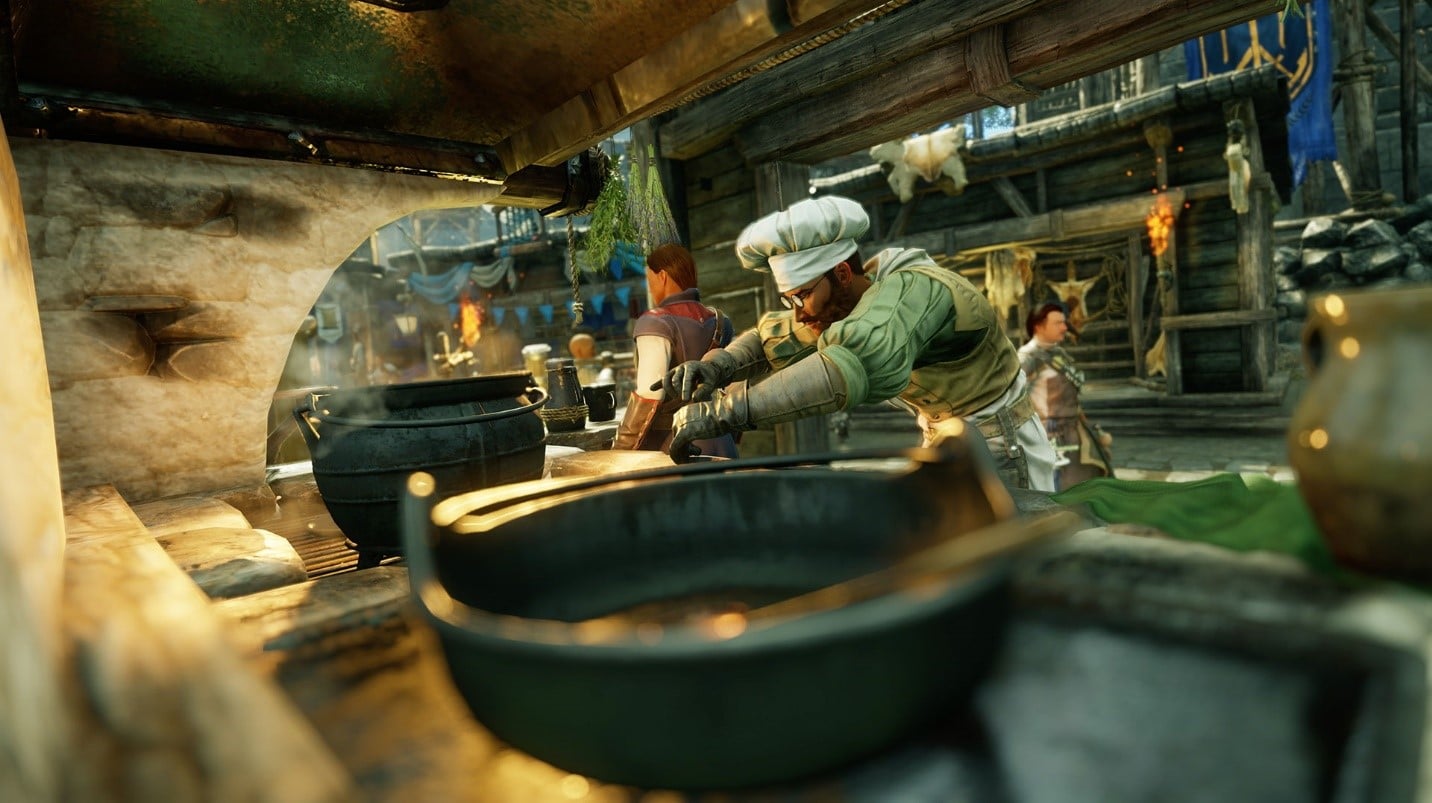 I’m not a very big fan of hitting a tree with a stone, or my fists (I’m looking at you Ark), to build a house. I guess it’s because it’s been done too many times, in too many games. But, if that’s what you are into, then this is right up your alley. New World seems to include a lot of survival mechanics into their game. Whether it be hunting for food, digging up vegetables or finding saltpeter deposits. Not only can you hunt for food, but you can cook as well which will raise your cooking skill. Yes, that was not a typo. Your cooking skill. There are actually 7 crafting and gathering skills to master:

You can even fish if you want. Some will enjoy and even spend a lot of time focusing on these aspects, some will not. It comes down to each individual player at the end. Either way, it’s a nice addition to the game. It’s always a good choice to buy New World Coins from SSEGold if you don’t want to waste your time here. 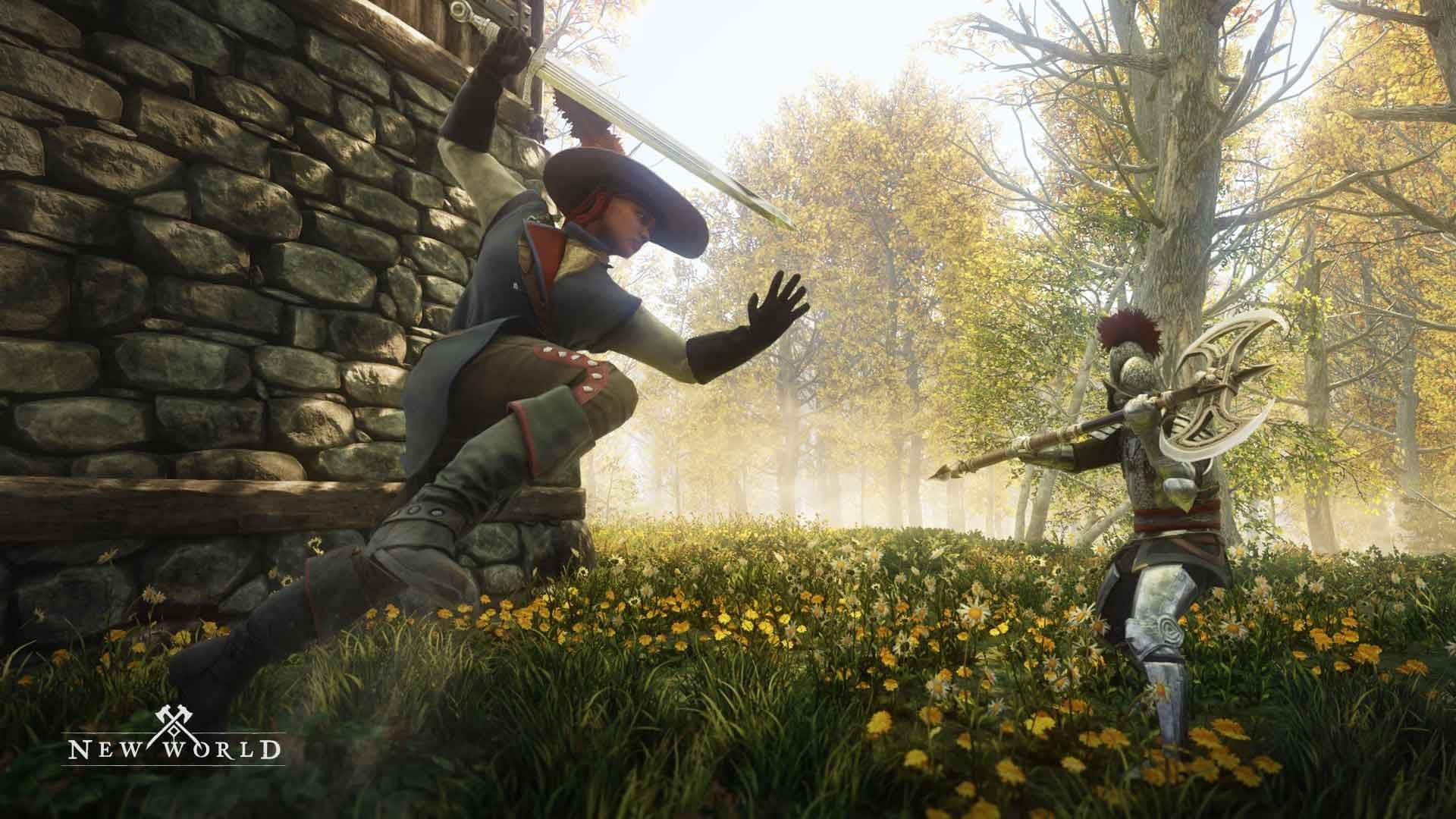 New World is divided into 3 factions.

These factions cannot be changed later, so choose carefully. You will have to choose at level 10 which faction you want to represent. Once chosen you can either go pick-up potatoes or collect fur for said faction, or you can be like me and turn on the PvP flag to engage in some action-packed faction PVP. Declaring war and battling other enemies for territory control feels like it’s going to be the biggest part of what New World has to offer. For now, it seems to be the only thing that is thoroughly thought through (try reading that twice quickly) – unlike the combat. One activity I am looking forward to is New Worlds PvPvE mode called Outpost Rush. It’s a 20v20 battle where you gather resources, capture outposts, upgrade defenses all whilst fighting off enemies and other players.

Although New World might seem like a very PvP territory control orientated game, that doesn’t mean you can’t spend all your time fighting monsters, leveling up or crafting new gear. Just play the game as you would any RPG. 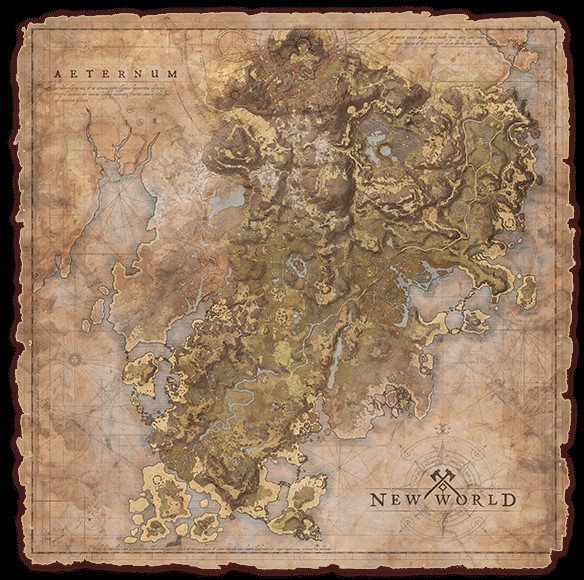 Oh boy. I am not sure where to begin on this topic. It’s a touchy subject. In another article I wrote: “FFXIV – Flying mounts”, I spoke of how glorious mounts were. New World doesn’t have them. For now, anyway. When you first set out on your journey, it’s okay to walk everywhere. You don’t have to go far, and naturally you would want to explore and just take in the environment. However, once you are done taking in the sights you realize just how large the world is. And that’s where the problems start to kick in. There is fast travel, but using it is limited to how many resources you have. Now I know what you thinking. “How can you expect mounts to be in a game where it will allow players to zoom around the map while trying fight for territory control?” And I get that, I do. But after 20 hours into the game, running from one side of the map to the other, to fetch 1 item for my faction – seemed unrewarding, and boring. I am not sure what they will do to combat this, but it needs to be looked into. 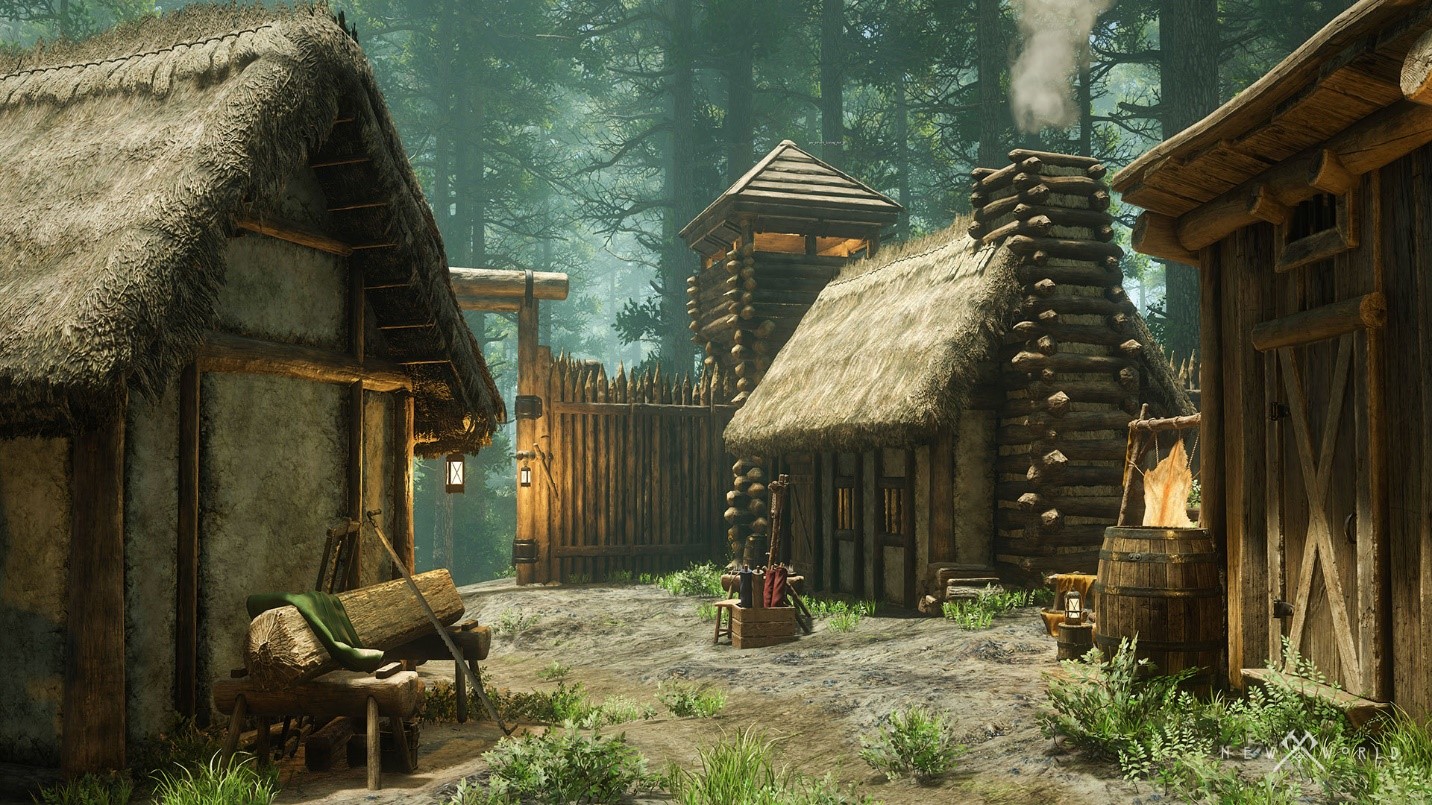 If you want to really get involved in community building or socializing, you can start or join a company. Companies are groups of 100 players—which can take over and govern territories.

New World’s Island setting is divided into territories. These contain settlements. The settlement is where you can craft, buy houses etc. The territories also consist of a fort. Once that fort is claimed by a company, it falls under their control. If a rival company lowers the influence you hold in a certain territory, they can declare war and take it away from you. At level 20, you will be allowed to buy a house in a settlement and you can use it as a respawn or fast travel location. A 2nd and 3rd house becomes available to you at level 40 and 60.

Final verdict – Should you play it?

Whether you want to farm for the best gear, join the best guild, dominate in PvP or just explore and survive in a huge open sandbox world, I think New World has a bit of everything, for everyone. I have roughly about 20 hours in the beta and I will be downloading it as soon as it gets released. This game might even divert most of my attention away from FFXIV. I think everyone should give New World a go. Whether you are an MMO fan or not. New World has a lot going for it, and I’m 100% certain there will be future updates which will add to this already-huge world. And although a bit unfinished in the beta, the actual game might prove to be the next best MMO.