Competition will always be an element of every video game that, in cases like Smite take it to a new level. That is why it becomes so important to know every little detail of the game. Therefore, HDGamers brings you the Smite tier list so that they can have that advantage that triumph can mean.

Before talking about the Smite tier list , it is important that you know what this amazing game is about and why it is so popular.

In this sense, we can say that Smite is an online multiplayer game that has a third-person perspective.

It is also important to comment that the game has around 104 mythological gods. Each one grouped into a pantheon that describes their period in history that dominated the beliefs of human society.

In this sense, we will find such iconic characters from Greek, Mayan, Egyptian, Asian mythology among many others that will continue to grow in future expansions.

Another curious fact about Smite is that it gives its users the possibility of playing with any controller. Especially since the latest expansions that have made it a multi-platform game.

Like all action and team combat games like Smite , the objective is to destroy the base camp of the enemies; which is represented by a titan .

Therefore, the team that defeats this Guardian Colossus will be the winner of the game. Generally speaking, this is the basic concept of the game. However, there are other game modes with unique maps, styles, and objectives. However, they all follow the same essence.

Now that you know the fundamental ideas of what Smite is all about, it’s time for you to meet the contenders who bring these mythical heavenly contests to life.

That is why from now on we will focus on presenting the Smite tier list describing some general details of the levels in which each of the deities is found.

It should be noted that HDGamers prepared this guide in descending order. That is, we will start from the most powerful gods to the least conspicuous according to their rank.

In this order of ideas, when we talk about the Gods who reached the SS level in the Smite tier list , we mention the best in the whole game.

Basically they are the most complete and the ones that will offer you an outstanding level of power in each of the contests. However, they are also the most difficult to handle, but once you understand them, they will be a great ally within the games.

The next level to deal with in this Smite tier list will be those of level S + . These deities can be considered of a rather higher level as they have a compendium of stats and outstanding abilities.

Not as powerful as those previously mentioned. But they are perfect for one-on-one engagements at every stage of the game. Therefore, if you can get one of them you can start with a certain advantage.

Despite not being as powerful as the previously mentioned options, the Gods belonging to the S level are quite powerful and often one of the most popular in the game.

In this sense, they are the first frontline options in their respective roles that will give you the opportunity to do a decent one-on-one match and build a good score if you don’t have a strong enough team.

We have reached a point in this Smite tier list where I reachs the category with a considerable number of Gods.

It should be noted that these gods are excellent and safe options. Although they may not be the strongest in the group, everyone still has something to prove. Therefore, do not feel limited to choose one of them.

Like the previous segment of this Smite tier list where we describe the A + level . When we find a fairly popular category for users.

This is the A level and, in a nutshell, it is one of the most complete and extensive in its catalog of character options.

In short, we can tell you that the deities that are part of this range are so varied that you can find one for each role in the game. Despite not being as powerful as S level or higher, with a good team they will do an excellent job. 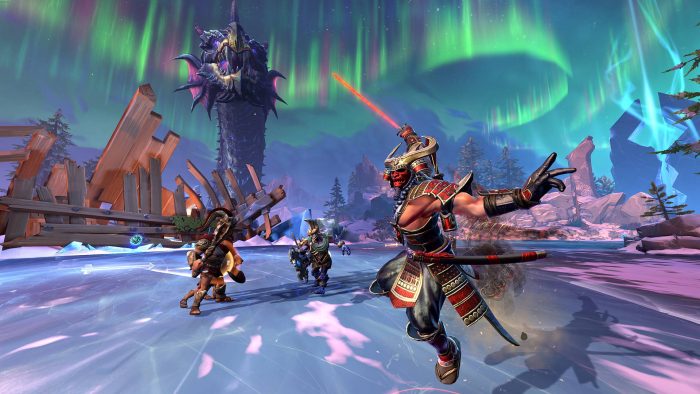 From this point on we start with the characters whose characteristics make them less popular in the Smite tier list . However, if you have the company of a player with some experience, they will do their job without much problem.

The gods of level B are characters that require superior abilities. But they also have fewer benefits compared to level B + spirits.

However, they are still decent level characters and can be viable in the hands of good players.

We are already reaching the lowest levels of the Smite tier list . That implies that the characters you will see below are not feasible in competitive games. Basically they are quite earthly deities that have a medium level.

With a very high level of skill, you can continue to choose these champions. But we advise you to choose a higher level for better initial opportunities, unless that is specific to the composition of your team.

The last place in the Smite tier list is occupied by the Gods of level B who, in short, are completely unfeasible since they are the worst characters in each update.

Fortunately for Smite players, there is currently no option at this level.

Now to finish with the Smite tier list we will give you some useful tips that will allow you to quickly acclimatize to the conditions presented by this incredible game.

First of all, it is convenient to document the best possible abilities, strengths and weaknesses of each of the characters. After all, remember that it is still an RPG and individual performance can set the course for your team.

Likewise, if you are a novice player, try to learn little by little from each game and select simple game modes with which you can gradually get to know the virtues of your characters. In this way, you will know your own abilities within the game.

We hope you have enjoyed this post and that you found the information you were looking for. If you think that we should update any information about Smite Tier List or that we have made a mistake, do not hesitate to write to us!