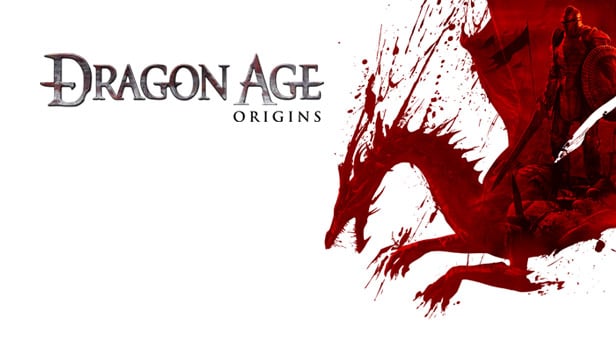 The Iron Age will always be considered one of the most important sources of inspiration in the gaming industry. And how not to be attracted to those great stories of knights, crusades and, of course, dragons. It is in this incredible world where role-playing games as striking as Dragon Age Origins appear and today we bring you all their commands.

We can only anticipate that they are a series of tricks that will transform you into one of the most tenacious explorers in the arcade. That is why we recommend that you save and use wisely all the Dragon Age Origins Console Commands that we will present below.

What is Dragon Age Origins?

It should be noted that we will not be able to understand the secrets that the Dragon Age Origins Console Commands keep for us without first knowing the essence of the game. To do this, we have the opportunity to easily summarize it by considering some important aspects of it.

In this sense, we can say that Dragon Age Origins is a game framed within what the role-playing genre is about, setting in a representative world of the Middle Ages with fantasy characteristics. So, when talking about a title of this genre we have to remember that his idea is to create a character with whom we will go through all the missions and live an adventure in this mysterious world.

However, the most striking thing about this game lies in its name. And as we can intuit when reading or listening to Dragon Age Origins, we will be surrounded by dragons in every step we take. An incredible element that enriches a story worth telling and enjoyed to the fullest by players around the world.

Now that we know some of the features that make Dragon Age Origins a more than interesting alternative for any player. It is time to understand that the level of difficulty of the missions will increase as you progress through the story.

Therefore, the time will come when you will feel that your character will not be able to pass the level or that there will be a rival so difficult to defeat that you will think it is impossible. In addition, there is the possibility that you are in a campaign where resources are scarce or simply and you simply want to modify your character or some other graphic section of the game.

For all this and much more is that, over time, various traps were created in the form of codes that today we know as the Dragon Age Origins Console Commands and that, in short, they will give us the chance to satisfy all our tastes in the ideas that we previously exposed and much more.

In other words, Dragon Age Origins Console Commands are nothing more than a series of orders that we will give to the video game to obtain some benefit that we would not otherwise have or would be very difficult to obtain. The truth is that on many occasions they become practically your only option to achieve a goal in the game. That is why they are so important and HDGamers brings them to you today.

How do I activate the Dragon Age Origins Console Commands?

After knowing the fundamentals of the game as well as the concept and importance of Dragon Age Origins commands. We have reached the point where we will enter fully into the world of these incredible tricks that will save our lives on more than one occasion.

Therefore, the most important thing to start executing these incredible and varied Dragon Age Origins Console Commands is to be able to open the game console where we will start writing each and every one of them. For this you just have to follow the following steps since it is a somewhat long process but really very simple.

At the end of all this procedure you will have enabled the keyboard with the key of your choice to activate the game console. Once inside it, you will have to start typing each of the Dragon Age Origins Console Commands that you want to use and hit Enter. 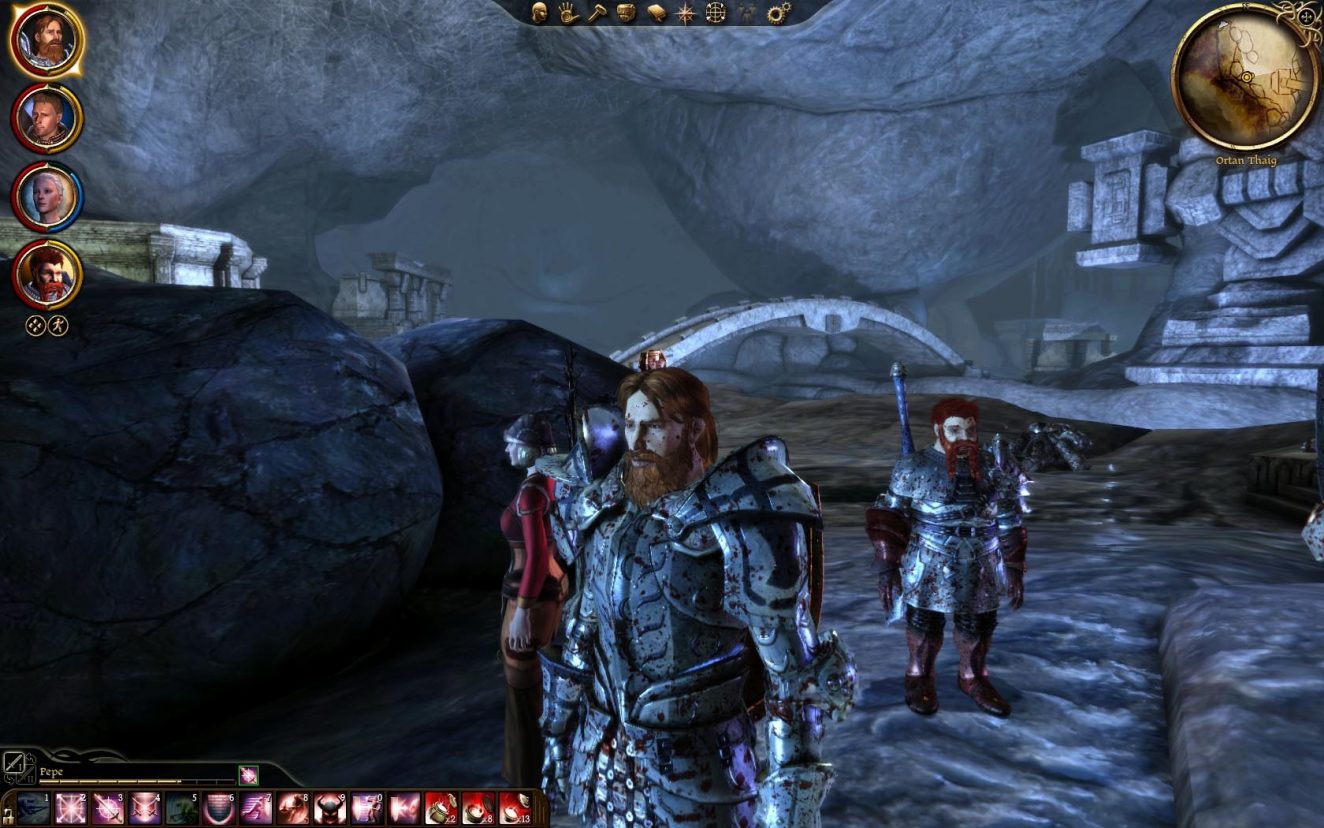 With all that we have discussed so far, we could consider ourselves as experts in the art of executing Dragon Age Origins Console Commands. However, we are missing the most important part that are the guests of honor in this conversation.

Therefore, from this moment on we will begin to show you each and every one of the tricks that will make your trip through Dragon Age Origins a unique experience that you will want to repeat over and over again.

Added to the approval level to a partner (*), where X is the name while Y is the amount (can be negative).

Increase 3 skill points. You can see them after saving and reloading the game.

Add all the achievements to your player profile.

Add Starfang 1H and 2H swords to player items at the same time (must have vigilante DLC).

With this command we join Jory and Daveth to the party.

Enabling this code appends the following gifts from the story to inventory:

Increase your inventory with gifts from plot-sensitive party members.

Add the talent or spell corresponding to the character’s number.

Allows players to expand the group, the X is the name of the character to add.

He approves of setting up plot flags and starting an ambush at the camp, as well as teleporting you to the first camp you establish.

Use it to display the enchantment menu.

Based on the currently equipped weapon, have your character animate completed attacks at random.

If you want to add all of the Dragonbone Legion armor to your PC inventory, you need to redeem it.

Activating it adds one of each existing rune type and the Oathkeeper sword from the PC inventory.

Use it to gather all the direct members of the group.

This instruction increases the time by 180 seconds. Considering that (attrib) is a number that goes from 1 to 6 (1 is str, 2 dex, etc.) and the (value) is the number of b that you want to apply.

God mode. (You will still be injured, but you will not die.)

Take you to the climax of Redcliffe Castle (use at your own risk).

Kill all hostile creatures in the area.

Heal both the player and the party.

A shield is created around the player.

Remove any ghost images of the map on the map screen.

Exclude all harm to yourself.

Eliminate the fog, repel enemies and form a shield around you.

Note: This will overwrite your game and you will lose all progress.

Kill all the ferocious creatures in the area.

with this code start some test scripts that allow some modifications in the state and transmission of the drawing.

Activating it starts the script “Arl Eamon Debug Assistant”, which allows you to modify the state of the drawing and the transfer.

Enabling it starts the “Magi Debug Assistant” script circle, which allows you to modify the status of the drawing and the transfer.

This command enables the Denerim debug wizard script, which allows you to modify the frame state and transfer it to Denerim and Landsmeet.

Prepare the debugging of the epilogue and allow the state of the plot to change and the epilogue begins immediately.

This code accesses the Lothering Debug Helper script, which allows you to modify the status of the drawing and transfer.

The nature of the script to start the Beast Debug Helper, which allows you to modify the state of the drawing and transfer it.

Paragón launches its Kind Debug Helper script, which allows modifying the state and transmission of the drawing.

With this code I link the Prelude Debug Helper script, which allows you to modify the state of the drawing and transfer.

Activates the Random Encounters Debug Helper script, which allows you to modify the state of the drawing and transfer

Launch Holy Ashtray, you can modify the state of the plot and teleport.

This command heads the World Map Debug Helper script, which allows you to change the state of the main diagram and complete any main task immediately.

Activate it if you wish to talk to the nearest NPC.

Using this command you teleport the players and you can join the Dalhi Camp.

Enable it to Teleport players and groups to Ostaga.

If you activate it, it teleports you to a random location on the current map.

Enable it to teleport and set a teleport point on the current map.

Redeem it to disable AI.

If you want to turn on the AI ​​you must activate it.

Open it if you want to become a level 2 wizard.

This command turns you into a level 2 rogue.

You want to be a level 2 fighter you must activate this code.

Use this command to remove all the gear he’s wearing

Enable it to receive X amount of desired experience.

This code is used to modify the appearance of each character, X is its code in number.

In this last segment of our guide on Dragon Age Origins Console Commands we have saved some recommendations with which you can take care of your game and enjoy every aspect of this incredible story to the fullest.

To begin with, it is important that you save your game continuously to avoid having problems or errors after executing any of these commands. On the other hand, remember that the first steps for the execution of the game console can be skipped as long as you have obtained the game from the Steam platform.

Also, remember to write the values ​​or ID in each of the tricks that ask for it. Which, we have specified with the letter X for identification. It is also important that you know that you write these codes in the way we have shown them to you in order to avoid any errors.

We hope you have enjoyed this post and that you found the information you were looking for. If you think that we should update any information about Dragon Age Origins Console Commands or that we have made a mistake, do not hesitate to write to us!