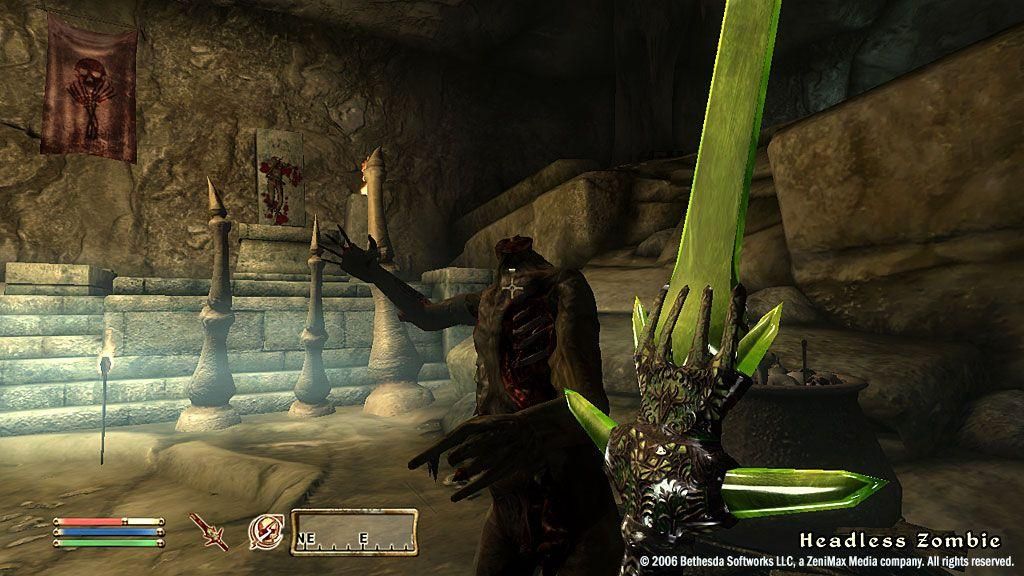 Imagination is the tool that allows us to create stories in worlds as amazing as only it allows us . So it ends up being the most important source of inspiration that video games have and this is demonstrated with titles like The Elder Scrolls . A game that has such an extensive plot that it has to be developed in several installments. This time we will stop at the fourth of them to bring you the Oblivion Console Commands.

Regardless of whether you are familiar with the saga or if this ends up being your first interaction with it, by using these tricks you can make your life easier in a world as challenging as it is mysterious . But you’re not going to dampen your fun by exploring the secrets that are hidden in Oblivion .

Before getting into all the Obilivion commands it is important, especially for those who have no experience in this saga, to know what The Elder Scrolls is about. </ Strong > Only in this way can we understand how important these tricks end up being to survive the adventure.

In this sense, we can qualify it as an open-world role-playing video game where we can experience, in the first person, a journey to collect objects, carry out missions and, obviously, fight against mythical and extremely dangerous creatures.

For this we will have an incredible arsenal of weapons and equipment capable enough to give us all the possibilities to survive. However, we also have the chance to constantly improve it as well as our skills. In other words, has all the characteristic features of a game of this genre.

However, the most important thing about Oblivion is the extraordinary sequence that provides an exquisite continuity to the story that has already been told in previous installments of The Elder Scrolls . So we have no doubt that upon entering this world, you will be able to live a one-of-a-kind adventure putting all your abilities to the test to solve mysteries and explore a world full of them.

What are Oblivion Console Commands?

It should be noted that you will not always come across missions or challenges that you can easily overcome. Although there is a way out for all of them, in Oblivion they are not so easy to find. Therefore, over the years certain tricks have been created that allow users to overcome these difficulties and not spend days trying to find their way.

Consequently, the Oblivion Console Commands were created as a series of traps or codes that will allow you to access a world of unique possibilities. For the romantics of video games who maintain the position of passing them without cheating, it could sound like an offense to the quality of the game. But The Elder Scrolls is characterized precisely by offering a level of difficulty so high that it never hurts to have an ally like the commands of each of its deliveries.

How do I activate the Oblivion Console Commands?

Now that we know what makes this game one of those that you have to try as well as the importance of having the Oblivion Console Commands to be able to survive the trip without going through so many problems. The time has come to begin to unravel the secrets of these tricks for our benefit.

In this sense, the first thing we must know is the correct way to execute them. The truth is that it ends up being as simple a process as pressing the tilde or Tab key (this will depend on the configuration of your keyboard).

With this we will be able to open the game console that will appear as a black box in one of the corners of the screen . Usually it always appears on the upper left edge. Once in it, we just have to start writing the Oblivion Console Commands that we will present to you below. 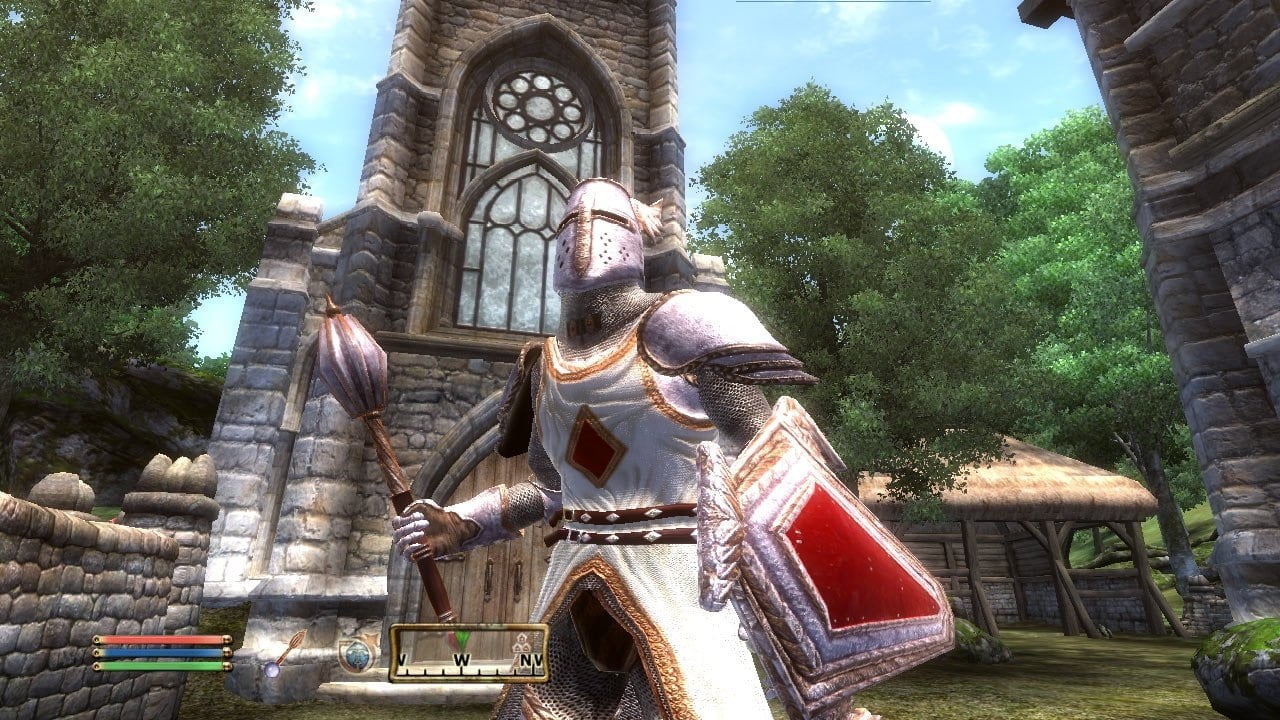 As you can see so far, there is no tedious or complicated procedure to be able to enjoy all the Oblivion Console Commands that we will begin to present to you immediately.

Forces a skill level to go up X levels.

Complete all stages of the mission.

Teleports the player to an area with all objects, monsters, and NPCs in the game.

Teleports the player to the developer’s proving grounds.

Create a completely identical copy of the lens.

Delete the selected destination if it was a copy created with CreateFullActorCopy.

An item drops the inventory of the selected target.

Change the angle of your point of view (default is 75).

Displays the X coordinate of the target in the scene. Y and Z are also valid.

Use it to find out where you are on the X axis.

Lock the selected door or container.

The target looks at the referenced object.

Modify the disposition of the character towards ObjREF.

Teleport to the mission objective.

Cell purge buffer. This will free up used memory.

Spawn a creature, npc, or item.

Gives the player the given item and the quantity of the item.

Gives you X quantity of the item 00000000 (use other hexadecimal combinations for items).

Place another “yourself” near you.

The guards stop attacking you, the reward is paid.

Increase (or decrease) the skill or attribute.

Eliminate Bounty in your head.

Change the player’s level to the desired number. Use 1-255.

Set the angle of the viewpoint (75 by default).

Select yourself as a target.

Add all spells to the player.

Exit the game without using the menus.

Remove all items from the target.

Set the speed at which time flows, X = 30 is the default.

Change the name of the character.

Set the amount of gold a merchant has to trade.

Set the camera’s field of view (75 by default).

Plant a bounty on the character’s head.

It gives you fame.

It gives you infamy.

Set the x coordinate of the target.

Discover all log entries for the indicated mission (use mission ID).

Create a window with the full scene graphic of the game.

The character ceases the fight.

Target deactivates an element of a certain type.

To end our extensive tour of this guide where we present you all the Oblivion Console Commands that are available, we have decided to keep some final recommendations so that you can get the most out of these beneficial tricks.

The first of them is in relation to the protection of your game since it is prudent to make a constant backup of it . Primarily due to the fact that at some point, some of these tricks may fail causing a catastrophic error in the game that will lead you to lose all your progress since the last time you saved it.

Likewise, don’t worry if you enter the Oblivion Console Commands in uppercase or lowercase since the console will not distinguish between one and the other . So we concluded that they are so practical and beneficial tricks that you will always be tempted to use them.

Before you go check this related posts:

However, we recommend that you follow all these tips in order to fully enjoy all Oblivion Console Commands without losing your game. Therefore, the only thing left for us to do in HDGamers is to invite you to start your adventure for The Elder Scrolls today and enjoy an incredible world in every way. 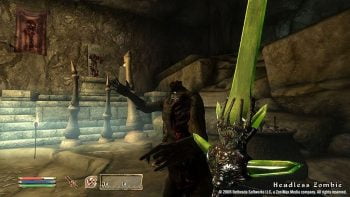