In the gamer universe, it is not easy to be considered one of the best games worldwide. But it’s just what Destiny 2 accomplished in no time. Due to its wide variety of game modes as well as the difficulty and competitiveness of its rooms. That is why HDGamers brings you the best guide to one of the most complicated of all. We refer to Gambit and here we will explain all its Ranks .

What do I need to know about Gambit?

The first thing we have to clarify is that this guide on Gambit ranks is intended for newbies in this game mode, with little knowledge about it or for those who simply do not understand how it works.

That is why we have omitted some aspects of it, such as Gambit Prime armor sets other than the Collector’s set. Although it does not have much relevance with what we are going to explain since the rest does not have much weight on the game modes, especially the Gambit.

Also, not everyone is good at Gambit and much less when they start. But really, it’s not such a complicated way to play. In fact, it is quite easy once you finish understanding it.

In this section we will explain a little about the differences between the two Gambit Ranges so that you have an idea of ??which is the most viable for your experience and style of play.

Which have no major difference in name since we only speak of a Normal Rank and another Prime. This does not mean that both present the same degree of difficulty. Below you will get an idea about it.

Let’s start with a normal Gambit

Here you just have to remove crowds of mobs. Also, you are going to need to accumulate a total of 75 Mote s to generate your Primeval .

After it is generated, 2 additional wizards will appear next to it. Kill them before they can even think of doing any damage.

On the other hand, to deal damage to the Primeval in Gambit , you must obtain a stack of benefits called “Primeval Slayer”.

With this you will get one accumulation for each mage killed (the 2 that are generated with the Primeval ) and an additional accumulation every 15-20 seconds. Believe us, it is quite useful to survive.

Once you hit 4x stacks, you’re going to start doing really good damage, or at least a little decent. But if your team is good enough, you can kill it at this point, otherwise you can do it in 3x stacks. Everything depends on you already.

Now to the Gambit Prime

The truth is that the range Prime shares the same basic concepts as the normal normal range, Only it has some very specific changes in items, in addition to a considerable increase in difficulty.

The first thing you need to know is that you will need 100 motes instead of 75, and blockers can now drain Motes if there are 2 or more in your bank.

Another thing we recommend is that you keep your bank clear, just go with the most necessary and so you can reach the Primeval with ease.

However, and this is where the first big difference you will feel comes from, hurting yourself is different. It has a better defense, a better shield that will appear around it which you will not be able to break and, in general, it is a much more worthy rival for experienced opponents. So if you are just a newbie, you will have an almost certain death sentence here.

As if that were not enough, once it appears, 2 magicians will appear somewhere on the map , the only advantage, to say the least, is that it will do it next to each other.

Kill them both, and a final wizard will appear near the boss . Kill him and only then can you begin the damage phase, which lasts 30 seconds.

Each full rotation of what is listed above will grant you a Primeval Slayer stack. You can see this benefit in the form of a white circle on the ground. Take it.

YOU CAN’T AND WILL NOT DO damage without receiving this benefit.

If their team is well coordinated, they can defeat Primeval with 2 stacks easily. But, to be sure we recommend you go with 3 of them. 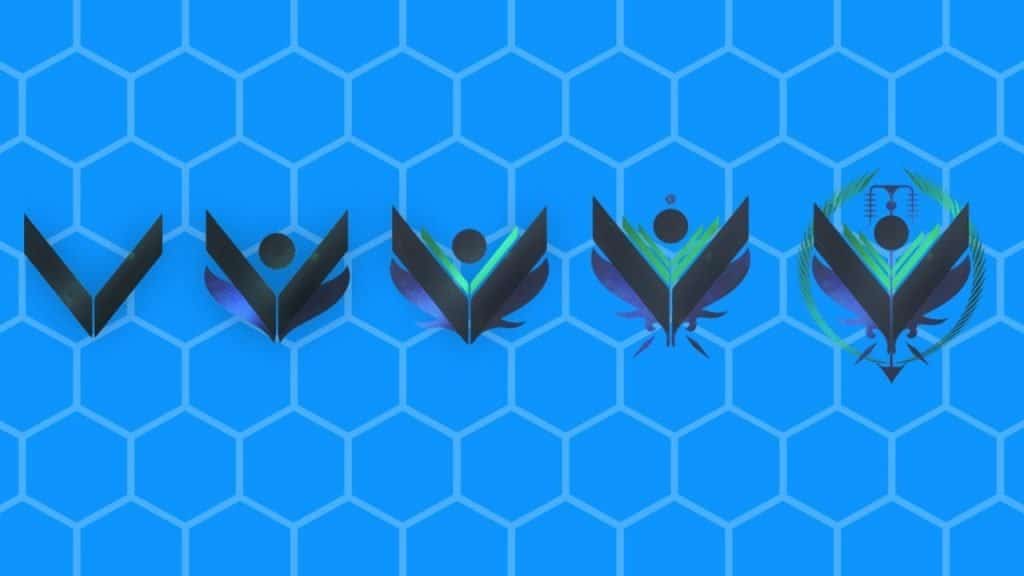 The cleaning of the mobs is the basis of Gambit. This is where you will find the Motes that we discussed earlier.

However, the keyTo make a good Gambit mode, regardless of the rank they choose, it will always be to kill enemies quickly and efficiently.

On the other hand, we recommend saving your Super skill so that an Invader hits it once. Here is a real waste, so always choose the right supers to clear crowds. They are much more useful for the success of the game.

Welcome to the Game 2: Complete Guide

Always remember that collecting nicknames is the most important part of Gambit . But don’t risk your game just to go for 15 of them. It is not necessary even if they believe otherwise.

Blockers Which one do I choose?

Another point of great importance to the success of Gambit is the issue of blockers. In Destiny 2 you will always have 3 versions, one small, medium and one large.

First of all, we recommend you always look for the small blocker, for which you only need between 5 to 9 Motes. And its utility lies in that it can make other blockers invincible, including other small blockers.

On the other hand, we don’t recommend the medium version of the blocker as much, for which you need between 10 and 14 Motes. It is because it has the detail that it teleports a lot and can be difficult to handle. Although if you can control it or have some experience playing with it, go ahead.

The large blocker is just a health group. It has no greater benefit and has a really high cost in nicknames (15). So it is a risky thing to try to get it. Also, you will not get a benefit as significant as if you use a combination of small blockers. In short, we do not recommend it at all.

To finish with this guide about Gambit Ranges . Remember that blockers ; As the name implies, they block the bank, making it impossible to save specks and open it to an invasion by the enemy team.

blockers take precedence over everything else in Gambit , in addition to an invader .

It doesn’t matter if you need 1 Mote more, or there is a heavy ammo brick lying on the ground, always remember that blockers come first.

It is time to fight the invader

Continuing with everything related to Gambit Ranks , now we will present the final contest of each of them.

Despite what many people think an invader is too strong. It’s just the opposite, as long as you don’t face it alone.

Furthermore, the strategy to place against an invader is quite simple. Fire only heavy ammunition if you want to survive. Unleash the wrath and attack it with everything you have, the bigger the ammo, the better.

Like normal PVP, heavy ammo is the key to free killings. Although in this case, we do not recommend going with the swords. If you face the melee invader, you will have everything to lose.

Everything else can be used, to have a good effect, it just depends on your knowledge of invasion spawns and how much you can know about the map.

Everything previously commented applies to the case in which we face an invader. But, it is also quite fun to be the invader. Although it represents a slightly more complicated challenge.

As we discussed earlier, if you are an invader you are going to enter a 1v4. All of them with heavy ammunition in hand or sniper rifles . Already around here you have a great disadvantage.

The best way to play as Invader is to have great strategy skills and be extremely patient to find your chance and attack.

To do this, don’t attack people trusting that you have the brute force to do it, expecting a death and being eliminated immediately is counterproductive.

Really, you don’t need to get 4 kills every invasion. They only need 2 or 3 to do a good job. And always make your bullets count. Remember that if you play as Invader you will always be at a disadvantage.

In conclusion , the Gambit Ranges are summarized in m tie, collect, clean, deposit and win. As you can see, it doesn’t have to be that difficult. Just play the objectives correctly and you will roll the halls.