With a retro vibe, Katana Zero came to challenge the most subtle tastes by the great graphics that modern games present. A fun platform game where the skills are tested to reach the Katana Zero achievements that in HDGamers we will tell you how to obtain them.

What are the Katana Zero achievements?

Actually, they are just adventure titles that credit you as the winner of certain hidden challenges in the game. Although they do not serve much, it is always good to feed the ego a little.

However, many of them will depend on you completing missions or defeating enemies within the game. So in a way, you’re bound to get them all to pass the game. Without further ado in relation to Katana Zero achievements; Here we tell you what they are and a small description of each one.

It is the first achievement that you can unlock in Katana Zero.

You basically get it during the course of the game, after collecting the tapes from the prison in Chinatown and playing through the level they grant once you return to their apartment.

After that, you just have to Beat Katana Zero . Which in turn means Winning the game.

Continuing the story, we turn to the events of the year 1962. It is at this time that the Orlon released one of the greatest hits of all time, Don’t Hang, or Don’t hang up , look for it we really recommend it.

Returning to the game, you will hear this theme repeatedly. Although it is worth enjoying, it can mean your death so hanging up the phone can save your life anyway.

At the start of the game, hang up on your employer repeatedly, until you earn this achievement. It’s that simple, believe it or not, this one is that easy even though you call an act of rudeness. Alone, don’t do it in real life.

It is a rather curious achievement , you will only achieve it when offered the option of dying in Chinatown. Here, as illogical as it sounds, take it.

It is an achievement that you will automatically achieve throughout the game. In the mission of the laboratory de la Gobierno . We told you earlier that most people take the right to find this key.

You should always go left.

You stopped a suicide. With a murder.

He found what the thief left behind.

He fulfilled his secondary objective in prison .

The secret to achieving this achievement is to get all the hidden keys. Or what it means to say, complete the mission to unlock the government lab.

Therefore, this will be one of the last achievements that you will achieve.

This is an interesting achievement, and at the same time a little complicated. It starts with the fact that you ruined his cool track suit.

A useful tip to defeat V is to jump. As incredible as it sounds, this will allow you to reduce negative charges, in addition to dodging blue charges and will slow down the reload time of your ammunition. This will allow you to better avoid attacks and at the same time, you will be faster in yours.

On the other hand, if you don’t want to be jumping. You can hit him in the back, it is quite effective since it does not have much defense nor a good melee combat.

When you reach the floor of No Love For Robots, in the Studio , under no circumstances kill the first great robot. Just ignore it and continue your journey. We will explain the reason later.

Once you get the key and start backing up. You must stop and listen carefully to his monologue, only then will you achieve this achievement.

This unique achievement is a tribute to good manners that enhance video games.

To get it, you just have to be nice to V in his limo. A gesture thatIt will allow to demonstrate your kindness will be to give him the katana so that he can cut the coca with it.

The next achievement peculiar has to do with something that you are sure to love.

When you are in Bunker 1, try to get a Molotov cocktail and commit suicide when riding in an elevator.

Something important to know is that the elevator that starts the screen does not count.

Achievement: No love for robots

Do you remember that in the previous point we recommend you not kill the great robot in the studio? Thanks to that decision you will have access to this new achievement .

Consequently, to unlock No love for robots, you have to go to the second and last segment of the study. But we recommend you also go to the “ spatial uncertainty ” floor.

In the first room, he has a robot that will welcome you. Even if you feel tormented by his almost infinite talk, you have to control the desire to kill him. Only then, leaving him alive you can continue to the room. Where you will have to find the access card.

But try to fill yourself with patience since on the way back, you will have to listen to another dialogue from him. This time talking about how love feels. Remember to leave him alive and only then will you get the achievement.

A achievement where you have to pay close attention as you killed a suspiciously familiar character on the set of Quiet Hills .

During the mission (study ), after defeating the Quiet Hills flat. You should be able to see, in the distance, a robot that looks similar to Pyramid Head. Kill him.

This is fairly straightforward. It is an achievement that you will get almost simultaneously when you are looking for the Prototype key. Actually, finding her is practically this achievement.

To get this achievement , just kill an elevator .

What a bad idea

Jump from the attic balcony . 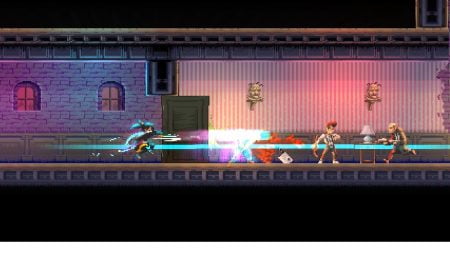 This is another achievement a little complex to obtain.

Basically you start by defeating the final form of the psychiatrist. But be careful since Psychotherapy has many flags to be configured.

Essentially you have to make all the wrong decisions that anger the psychologist. Be as irritating as possible, here is your only solution.

Keep interrupting him and then talk to Electrohead DJ. At this point you will have to refuse to take more medications.

Then you will have to kill everyone in prison, repeatedly hang up his calls and insult him when you have the opportunity.

If you want to know if you are doing your job well, there is a way. In the session before the Bunker, he will say something on the line, like “I’m sad that you’re still alive.” This will confirm that you have correctly configured your answers.

After that, continue with the story and you will eventually get the achievement .

A trick product of seduction

Due to its name, we have decided to title this segment in this way. Just so you know what this is about, this achievement is called: Forbidden Ultimate Danger Tempest-Eyed MAJORDOMO Imperial Barrage Crab, Evixion.

To do this, you have to go to the hotel and activate your cheat card.

Then you have to select MAJORDOMO. You have to do this in the dialog options of cosplay. So you can like the receptionist. Believe us, it is a good choice beyond achievement.

After setting up that flag, in Bunker 1, when you meet it again, choose these dialog options:

After that, keep spamming, to the interrupt dialog option, until you win with the line “You just activated my cheat card” and get the achievement .

These are all Katana Zero achievements and now that you know how to get them, what are you waiting for to enter one of the best platform adventures available in the Gamer universe? Katana Zero is waiting for you.