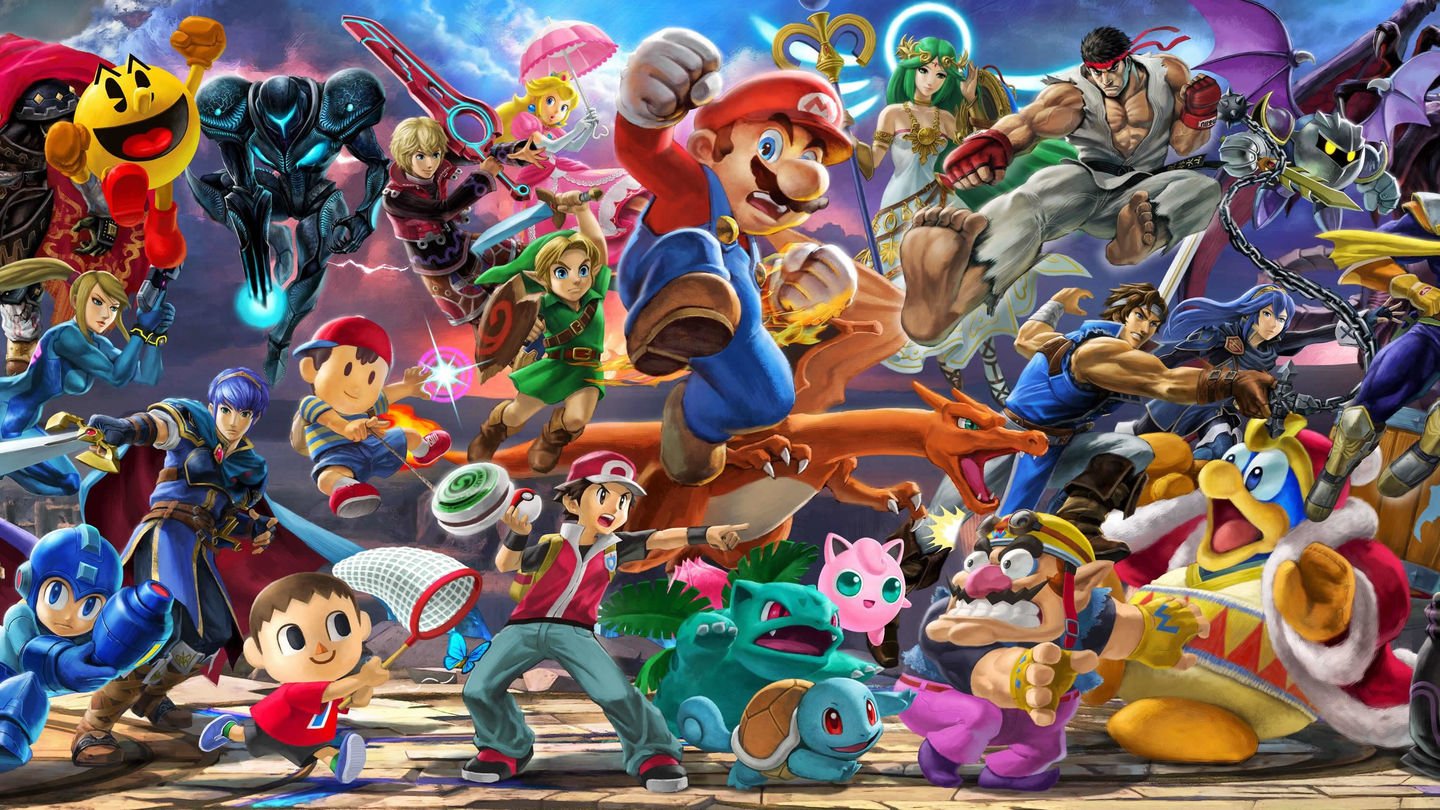 The name Nintendo refers to one of the greatest exponents of video games with titles that tend to reinvent themselves to meet the demands of new technologies. That is why, recently, they presented Smash Ultimate and HDGamers took on the task of bringing their tier list to enjoy endless fun .

What is Smash Ultimate?

It is difficult to find today a gamer who does not know the image of Mario and the rest of the gang of the iconic saga of Super Smash Bros that have given so many hours of fun to players around the world. world.

But, this time we will talk about the most recent installment of this famous saga such as Smash Ultimate that continues to safeguard the fundamental idea of ??being a fighting video game controlling various characters from the Nintendo Universe.

However, for this edition he found significant potential by including heroes from other franchises such as Sonic or the mythical soldier Solid Snike from Metal Gear among many others, All these heroes of our childhood bring a new mission that is to provide us with great battles in improved arenas.

It should be noted that specialized media in the evaluation and criticism of video games such as Metacritic have rated Smash Ultimate as one of the best titles on the market by giving it a score of 93/100 in their standards. Which, in a few words, means more than enough incentive to investigate a little about this interesting video game that shows that there are classics that hardly lose validity over the generations. 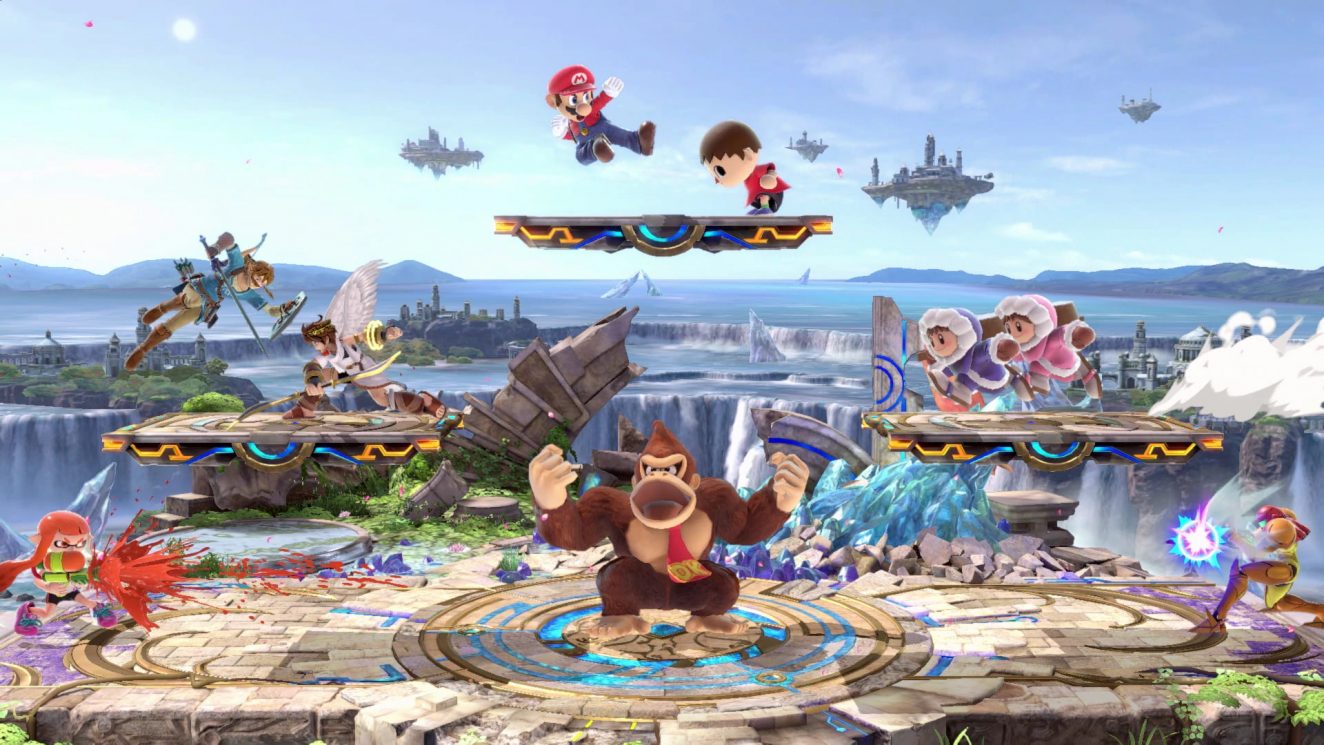 No matter how much knowledge you have about the Smash Bros franchise. You can easily imagine that the Nintendo universe is one of the most varied and rich of all video games in the world. Therefore, a game like this that involves all the characters in the company and a few more, will give you an idea of ??how complete the game’s catalog of options is.

Consequently, we can come to the conclusion of how difficult it will be to choose a hero among so many good options. It is at this point where the need arises for a tool that describes the potential of the Smash Ultimate characters.

Therefore, the Smash Ultimate tier list can be defined as that informative tool that will give us an overall rating of the power of each of the characters that will give life to a game that will offer you endless options to have fun alone or in the company of your friends.

What is the importance of the Smash Ultimate tier list?

In this vein, having an ally like the Smash Ultimate tier list that HDGamers brings to all of you this time is vital as it will allow you to evaluate the power of each selectable character for the game.

In this way, you can find heroes with great power or characters of medium level but who can better adapt to your style of play. An idea that will give you the chance to get the most out of each of your choices and find paths to victory.

Once we have known the basic fundamentals of the game as well as the concept and importance of the Smash Ultimate tier list , it is the best time to talk about how we were able to get to the construction of the product that you will see later .

It is important to mention that we are based on a general evaluation of the skills and statistics of each of the characters in order to make a rating system composed of a range of levels.

In addition, after knowing the weighting that we do on each of them by placing them in the selection that you will find below. We will leave you some recommendations on those characters that can give any player with or without experience more of a headache.

Next we will present the first section of our Smash Ultimate tier list with the level S which is composed of the most complete and powerful characters that we canyou will find in the game.

He has incredible control in the air and is one of the best sword fighters on this list of ultimate levels. It belongs to the Fire Emblem universe. On the other hand, it also appears in Smash 4 (Robin’s Final Smash).

One of the factors that ended up recommending it as one of the best at this level is that it has immediate availability in the game. So you will not have to buy or achieve achievements to have its power.

You’ll find Inkling dominating most of the ultimate tier charts. Powerful shot combinations and ink mechanics is highly mastered. This nice character belongs to the Splatoon universe and has one of the most striking Final Smash such as the Rainmaker .

Like Chrom, its availability is immediate so you will not have problems having it from the beginning of the game.

Pikachu can excel in any style of play, defensive or offensive, and wins most matches. It belongs to the Pokemon universe and is one of the favorite characters of all players. Not only for its adorable appearance but for its Final Smash that is capable of vaporizing any enemy with a discharge of 10 Gigavolts. 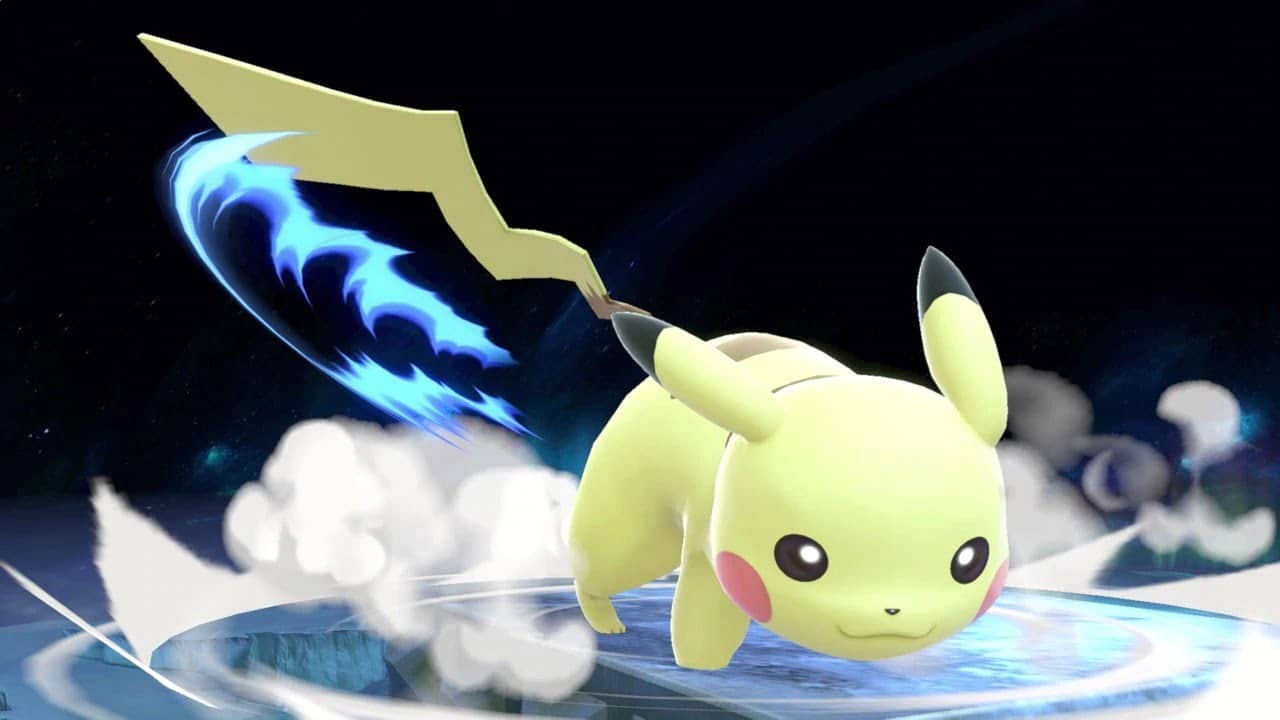 In this segment of our Smash Ultimate tier list we will show you competitive characters with great abilities that can give you great chances of victories.

He gained a little more consistency with a benefit to his recovery.

Joker has amazing close range and melee attacks and when you fill up your gauge you can locate your opponent with ease.

Easily punishable and is known to be one of the weakest heavy hitters. It is based on effective movements and becomes predictable very quickly. 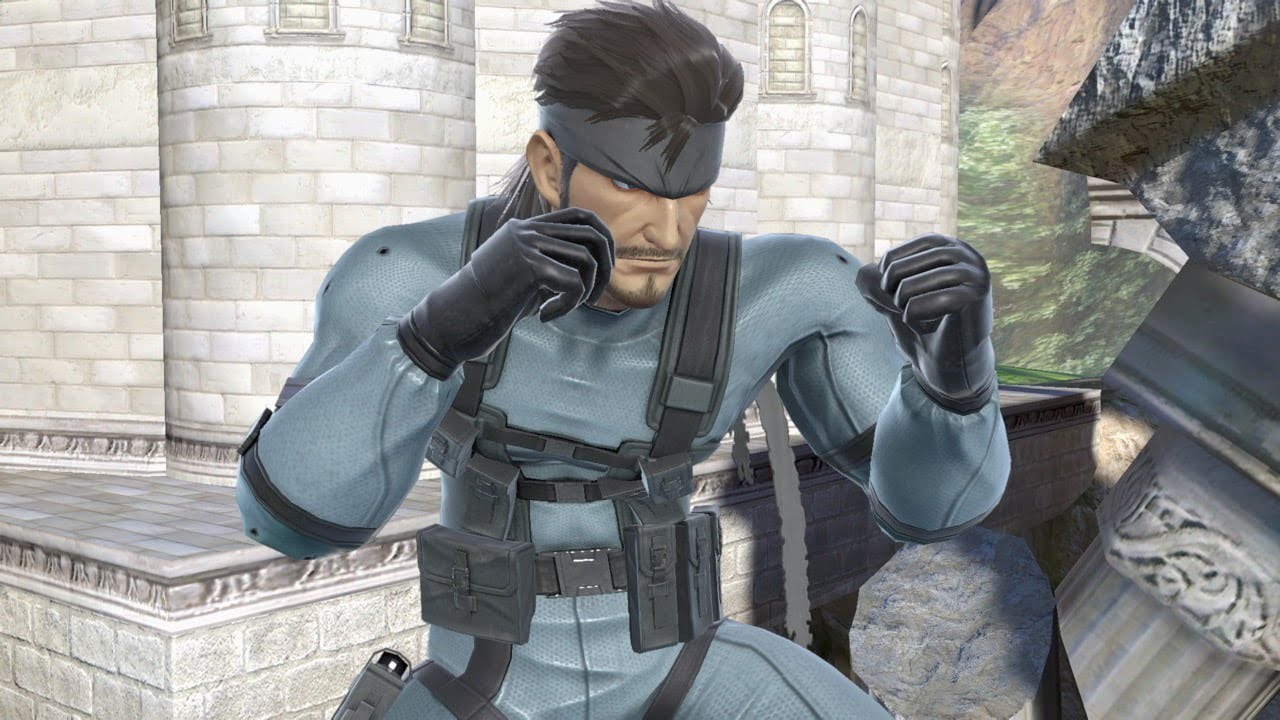 From this point on we will find characters that we could qualify as averages. That is, they are not that bad but they do not have many attributes to highlight.

Dark Pit is an unlockable veteran in Super Smash Bros for Nintendo Switch, from the Kid Icarus series. Being a veteran, he was the first Echo fighter to be announced, being the main mascot for Echo’s new lineup of fighters.

Dark Pit can be considered as the most changed Echo fighter. It maintains the same statistics as Pit, which means that both have the same speed, jump height among others. However, most of his moveset has been changed to use different attacks, most of which are based on Pit’s Brawl moveset.

Jigglypuff is an unlockable veteran who returns in Super Smash Bros for Nintendo Switch. He was one of the first characters to be played at E3 2018 , as well as the first to be featured in the trailer. Because she’s one of the perfect 12,

Pokemon Trainer , also known as Red or Leaf in reference to the alternate costume, is a playable character in Super Smash Bros. However, it now has a team of 4 new interchangeable Pokémon , Mew, Nidoking, Lapras and Scyther , reusing the same mechanical change it had in Brawl. 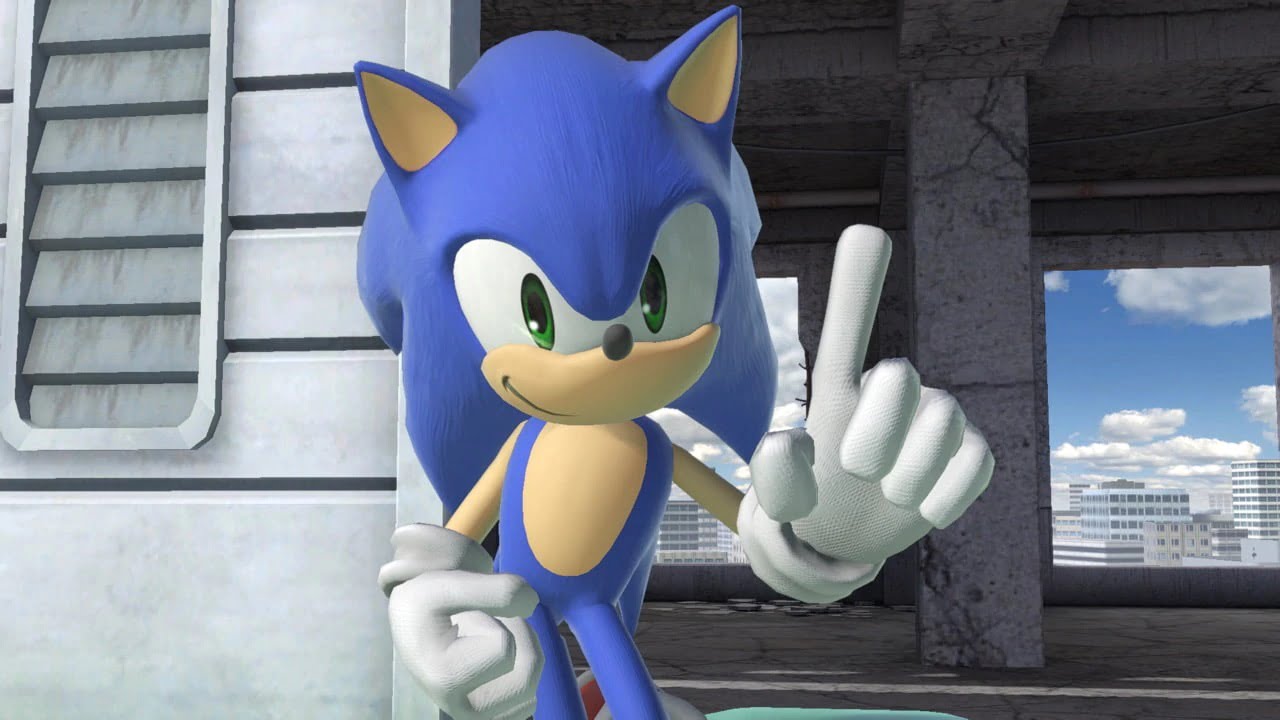 At such a lower level we might think about not getting great options. However, here you can run into such famous characters and with a certain emotional roots. And yes, at this level is where we have rated Mario and Luigi.

Sheik has incredible combos and frame data, but lacks damage. If a damage output buff was given, Sheik could easily be a top-tier character.

Luigi looks more “realistic” in his clothes, but his colors now match his appearance in Luigi’s Mansion for 3DS. He has a more fearful expression, taking notes from the Mario and Luigi series.

Diddy Kong is a playable veteran in Super Smash Bros , being the second main representative of the Donkey Kong series.

He remains largely unchanged in terms of his overall moveset, and most of his changes are animation tweaks and buffs and general nerfs around his moveset. Fortunately, in the last level of the Smash Ultimate tier list there are very few characters and under no circumstances do we recommend that you choose them.

In this segment we will make some recommendations about the characters that, in our opinion, end up being the bestoptions at this level.

The lack of speed and range makes Kirby off the radar greatly compared to other characters in the same category.

Although we have addressed some recommendations with which we from the HDGamers team hope that they will give you great possibilities to be competitive in Smash Ultimate . We have left some suggestions for this last segment.

The first one is that regardless of the character you choose, at the end of the day the most important thing will be the skill of the player who sets the course of a game. Therefore, it is always important to keep your skills well oiled in order to have healthy fun while achieving great victories.

We hope you have enjoyed this post and that you found the information you were looking for. If you think that we should update any information about Smash Ultimate Tier List or that we have made a mistake, do not hesitate to write to us! 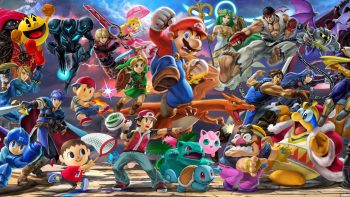