If you like city building and survival titles, Banished is an excellent game that will give you hours of happiness and fun. However, nowadays, there are many alternatives to games like Banished , and in this list we will take care of telling you which ones are the most similar. 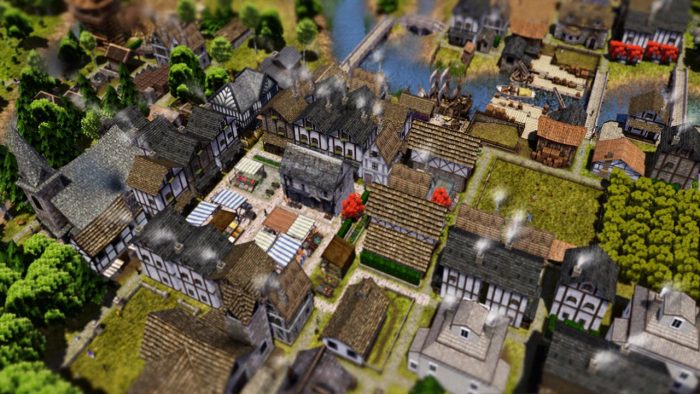 Although it seems strange to include a mod in one of these lists, the truth is that the Colonial Charter Mod by Banished is practically a second part of the same game. With a huge scope, this mod adds many new elements and features that we did not have before, such as seeds, materials, professions, types of terrain and buildings and starting conditions. You will have the ability to create a totally original empire or village. Everything will depend on your creativity.

Life is Feudal: Forest Village , set in a medieval world, puts you in charge of the future of the village, combining elements of building cities with survival. On this occasion, he invites you to give your life a new start on an unknown island while leading a group of refugees.

You can serve your village from the third or first person.

You will shape the lands, build farms and hunt animals to make your town prosper, taking care not to cause an imbalance in the ecosystem.

As the name says, Apocalypse Survival is all about survival. Demons have been released throughout the world, as the gates of Hell have been opened. This forces you to team up with your team to return these abominations to where they belong before they finish it all.

You will have to keep your base standing, take care of your animals, go hunting, make weapons, learn new technologies, and even occultism or dark magic in order to defeat demons in real-time tactical combat.

For a title to enter a list of games like Banished, it must meet certain requirements. Dawn of Discovery works in sandbox mode, with campaigns and missions to keep you busy. See a unique fusion between construction, city management, and real-time strategy.

You will start the game with a small fleet of ships in search of a new land to start a civilization. In it, you will put your skills in construction, diplomacy, economy and combat to the test, so the possibilities for progress are limitless.

Northgard is a part of games like Banished with plenty of potential for a great time. You can control a clan of Viking warriors formed by the sages to form a settlement in a recently discovered mysterious land.

You will have to assign roles to your villagers, such as farmers, warriors, navigators and historians. You will accumulate resources to make your lands prosper and expand them even during the harshest winters. Unfortunately, the lands are riddled with giant wolves, undead, and giants.

You can play against other players or the AI, in story mode and campaigns.

Games like Banished don’t always have to share the exact same elements. In this case, Atomic Society is an early access game that will make us face the world after the nuclear apocalypse, where we will have to rebuild society in a quite destroyed world.

You will have to act as a leader and seek the establishment of a new society, be it good or bad. In essence, you will be in charge of defining its laws and choosing what to build or not. Will you be a great leader or a tyrant? You’ll have to find out.

Another city building and management game that will allow you to transform a small town into a big kingdom with an impressive and elegant castle. The appearance of your city will show the levels of contentment of your citizens and will define if new strangers will move to your lands. You can organize festivals in the square, plan the distribution of resources and create an army strong enough to defend your town in case of attacks. Without a doubt, a game similar to Banished with which you will spend hours of fun.

When the world has turned into a frozen wasteland and humanity is on the brink of extinction, it’s time to take over the only city left in the world. Your duty, in addition to making decisions that will judge your morale, will be to keep these lands warm using steam technology, or else cold and death will also take the place.

Also, at Frostpunk you will have to decide to help other alien survivors, or let them perish for the good of your people. What will you do?

If open world survival sandbox games are your thing, then Kenshi is for you. During your beginnings, you will be totally alone, avoiding all kinds of problems and obstacles. From then on, you can find other civilians and form a squad and find ways to survive as a group. Or, you could end up a slave, being eaten by cannibals or herds of ferocious animals.

Therefore, you will have to build a settlement for yourself and your squad. You can be a farmer, a businessman, a thief, a warrior, settle in the desert or in a town. In short, the decision is yours.

This science fiction installment places us in a distant world in which you will manage three survivors. You will have to find a way to make your civilization prosper through unorthodox methods, such as capturing enemies after combat and convincing them to join your group, or buying slaves. In Rimworld , your journey will depend on the type of AI you choose to tell your story, which will make you have a unmatched experience.

You will have to form and break relationships, explore, tame and train animals, and other tasks to take care of your civilization.

We hope you have enjoyed this post and that you found the information you were looking for. If you think that we should update any information about Games Like Banished or that we have made a mistake, do not hesitate to write to us!