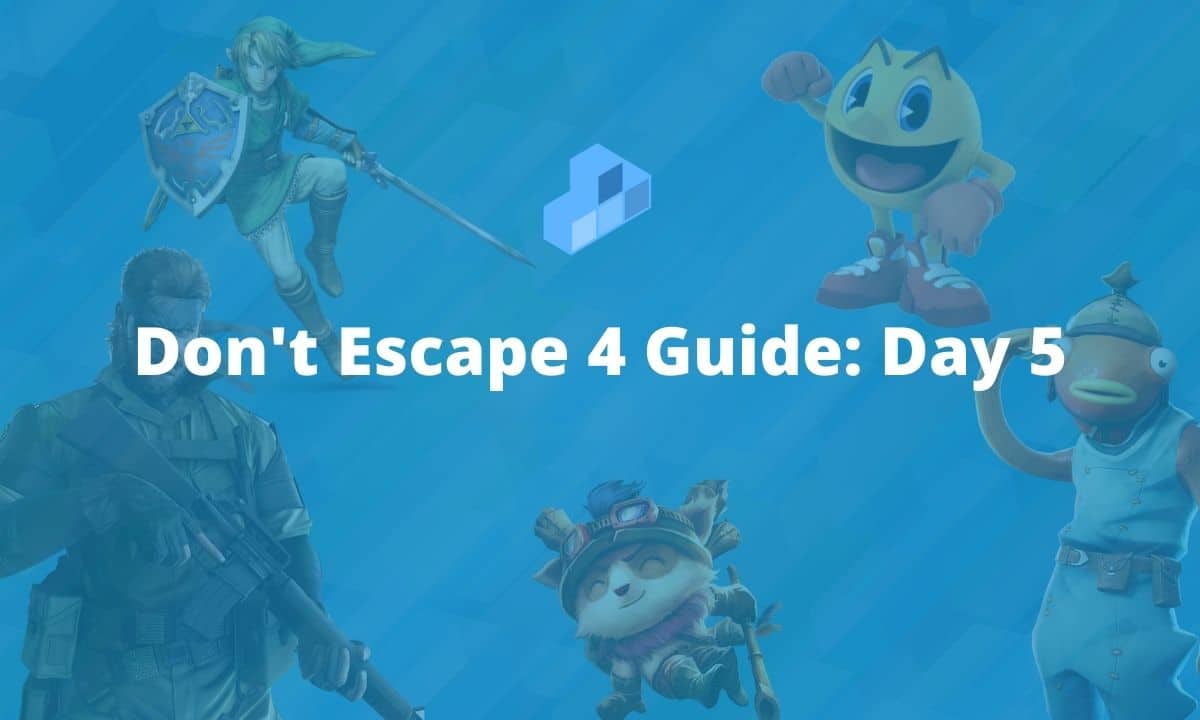 The day has come, you finally reach the last 24 hours of Don’t Escape 4 and only to realize that they will be the most confusing of all. Not in the mood to ruin the surprise that the fifth and last day holds for you, HDGamers will show you the endings in this latest installment of the Don’t Escape 4 guide.

If it is well known in popular culture, it is that space travel is quite long. Therefore, it is always a great option to sleep most of this time. It is precisely this idea that leads us to two possible outcomes in Don’t Escape 4.

Taking up the story at the point that marked the end of the fourth day described in this Don’t Escape 4 guide . It is a good time to leave this planet that wants so much to get rid of us.

Indeed, before starting the moon adventure it will be necessary to put on the spacesuits that are at the back of the ship. Then, we will start our walk to the moon base .

Then, we will have to solve the following mini game in which all the outer rings must be turned, one by one, until each one coincides with its line. Only in this way will all of them be coupled.

To achieve this, the following movements must be followed:

Subsequently, we will move to the left and lift the black card and head to the right with the card scanner. Obviously, you have to swipe it and then click on the screen lit with the phrase ‘Do It’.

Now you have to go to the left and insert, in the diagnostic console, the floppy disk. Just in case you haven’t forgotten on the previous day.

This last point is of vital importance since it is the only way you have to unlock the final path.

Immediately, you will have a dialog option with Cate and Coby or Barry (depending on which one is alive) when clicking on them, Cate will explain what happens.

Now, you will use the terminal on your right to unlock Sleeper Pods . Then you will have to run back to the left to access when finished. Here you must place one of the pods that you just found.

The lights will go out and you will have to run to the control room on the right to look at the screen and redirect the power.

Again, you will have to run to click the open pod and you will accept that you can go to sleep, thus ending this new day. Therefore, prepare yourself for the mysteries awaiting the sixth dawn.

But, if you want to experience the true ending of Don’t Escape 4 , we suggest you restart the game on awakening. Only if you have fully completed this adventure.

This section of the Don’t Escape 4 Guide is similar to the initial game. Only this will feature more dialogues, new challenges and challenges especially at night. Which require the collection of other objects to perform, in a different way, the protection of the cabin.

You can even save all the characters, ensuring that they all arrive safe and sound to the true ending. That is why in this new day, from HDGames we offer you the Don’t Escape 4 guide , which contains the sequence to follow to achieve the true awakening of < em> day 4 .

We restart this adventure from the dream of day 2 , where you see some stairs to the right and when you go up them you will find Coby or Barry That depends on who has been saved.

This will greatly facilitate your visit to the offices since you will not have to choose who to save. Since, in short, both will continue to live.

Then you will have to meet Cate, Cody and Barry to go to the elevator. So you make Cody go through the vent and help you get the floppy disk that is in the locked room. You can also make Barry move the heavy pipe that prevents entry to another room from which you get another floppy disk . So you would take two floppy disks to the moon.

Achievements of the day

At the end of this day as we have previously described in this Don’t Escape 4 guide , you will be able to obtain the following achievements:

If we can highlight something in this Don’t Escape guide 4 it is that, as confusing as the game itself can be, the game is the same when you get to this point.

Under this premise, an element is common from the moment we start the first days until we leave the desert. It is about finding a road that forks into three branches. Where each path is described as follows.

Then we went up the hill and we found the cabin and the history of the first day is repeated, until we came to the fallen bridge where you can get a stack of boards and a Weather Drone .

Upon reaching the rear of the truck there is a Small Spade and upon applying force it breaks, obtaining the magician for the broken hammer . We continue and go down the ravine with difficulty to go to the gas station .

At the service station we go directly to the premises and collect the following supplies:

Before leaving make sure you have all the implements from the list that we have provided. Once they are confirmed, you go to the back of the premises. This is where the gasoline tank is and next to it is a rock that you must collect.

Then, by opening the tank valve, you fill the drum with the gasoline that will be used to power the generator. It will also be useful to revive the truck that is in the stable of the cabin .

Now we return to the cabin, deposit everything you collected, except the Crowbar and the Weather Drone, in the trunk. Then we go out again and go down the hill heading to the right until the blockade or barricade .

As you will have noticed throughout this Don’t Escape 4 guide , you always have to be prepared to receive some surprises and this snippet of the story will be no exception.

Which you have to check and you will collect, from one, the air filter and from the other a brochure, in addition to the wrench that is nearby of the car. It should be noted that you have to review it and thus you verify that the only recoverable is the coil of ignition , which you extract using the wrench.

As we continued walking to the right, we encountered another accident. This time it’s the Chemical Emergency Response van. As on the first day, we will open the back door like the lockers inside using the lever. All this to obtain the following articles:

Then, with the help of the meteorological drone , we check the pH with those on the sticky note to obtain the combination of the necessary chemicals and prepare a pesticide.

That is, if the pH is 6, according to the drone , we locate it in the note and it indicates that B + C has a pH of 6 – 7. This means that we have to mix products B and chemical C.

Next, we return to the farm depositing everything in the trunk and we return again to the gas station with the drum and the wrench . In addition to collecting the following items:

Returning to the bridge fallen you remove the wheels from the overturned truck with the wrench.

Return to the cabin

The one that we can already anticipate that will be our last trip to the cabin, you will have to save everything you just collected, except the coil and the tires.

This is because with them you are going to be able to repair the truck and with the gasoline in the tank you already have a new novel. This is how you get the ‘Mostly Walking’ Achievement.

However, to use the truck we must repair the bridge. For this we use the boards that are next to the overturned truck and the nails and the hammer that is taken out of the trunk.

From this point on, you will have to remember all the instructions that appear in the first parts of the Don’t Escape 4 guide.

It may not sound like much, but with these few steps you polish days 3 and 4 again. In this way you will be able to reach the true end of the game, starting from the moment the floppy disk is placed in the Sleeper Pod console before entering.

By finishing the game, you will get:

To finalize this Don’t Escape 4 guide it is important to give you some final recommendations that we did not touch on in detail during the development of this material.

The first of them is that, as you see it from day 2 , you will meet a series of additional characters throughout the game. At HDGamers we recommend that you get as many of them as they will make your job much easier and will optimize time. After all, each of them has the same intention of getting out of there alive.

And to finish with this extensive and well-detailed Don’t Escape 4 guide , it only remains for us to recommend that you pay attention to every detail as they will set the course for your story. Therefore, from HDGamers we only have to invite you to try a authentic survival experience with Don’t Escape 4. 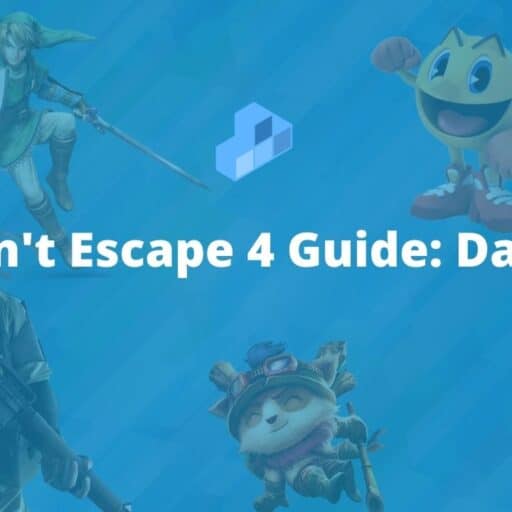