After surviving the first 24 hours thanks to your skills and, somehow, to the Don’t Escape 4 guide that we have brought to all HDGamers readers. It is not a good time to take a break as the sun that marks the beginning of the second day in Don’t Escape 4 quickly appears on the horizon.

While it may seem that on the first day things were lacking in action. We assure you that if you fail any of the recommendations that we have presented in this Don’t Escape 4 guide you will not make it past that night.

However, if you survive the first day, it is very important that you pay attention to the dream you will have that night, since the development of day 2 will depend on it. However, HDGamers has the mission of preparing you in the best way so that you can live, at least, one more day. Therefore, it will give you every detail that you will need to know and execute to get out of this day alive.

In this first case, we will start the day with the terrible premonition of catastrophe. All as a result of the dream with the fall of a helicopter on the cabin where you slept. That is why you will have the feeling that you are burning slowly.

It should be noted that you will feel that a helicopter crashes in the attic of the house whose hatch will detach and fall. When you go up to the attic you will pick up an extension cable and feel that someone is pointing a gun at you, this character is called Catherine ( Cate ) and is the pilot. You will then enter the chat interface of the game .

Next, you will start a cordial conversation with her where she will ask you for help to get to the place where there is a spaceship, with which they would leave the planet before its total destruction.

Next, you will ask for information, showing him your map, about the places that you can visit and which will be in an advanced position. She will point you to a restaurant and another house to the south where someone else lives. In addition to this, you must grab the screwdriver that is on top of the boxes.

To undertake this mission, you will have to return to the cabin and take the tools that we will present below:

Note: If on day 1 you had to deal with spiders, you will not need the nails or hammer. Just remove the bars from the windows and collect the spider nails, they are excellent substitutes for nails.

Taking advantage of the bridge you built the day before, you can go to the restaurant . Here you will meet another survivor, a boy named Coby who will be hungry and try to find food for him in the kitchen, which will be impossible.

Immediately, you will exit the restaurant and go to the back of it. There, where by a click to the side of the building, a post will appear with an release clamp device . It will click first on the small tube and then on the rope, it will fall next to the flag, you will collect them.

Quickly, on the site, you will see a deposit and because of its green color it is assumed to be garbage, tell Cate to help you move it and so you can enter the kitchen through the window.

So, inside the kitchen you will grab the portable air conditioning unit that you will have in front of you. Behind you will have a shelf from which you will take the can of food . Then, try to open one of the cabinets of the shelf that will be closed, we recommend you use the lever for it and you will find the kitchen knife .

In addition to the freezer you will remove three Sidereal Plexus heat absorbing tiles and by levering the refrigerator door you will get two bottles filled with water .

Right away, with all this cargo, you’ll walk out of the kitchen through the right door and go to where you left Coby and feed him the food from the can. With this gesture, the child will follow you to the car and they will go to the ruined motor home.

In these ruins you will find another survivor named Barry who will be depressed. He wants to die since he lostor his wife. Cate distracts him so you can enter the motorhome.

In this way, in the center of the room, we will be surprised to find the body of Barry’s wife named Maggie with a reliquary among the hands, you will take it from him and give it to Barry , the locket contains a note for her husband.

Then, you will click on the sheet that covers a sofa and you will move backwards so that Maggie’s body is covered.

Then Barry looks for a shovel in the garage to go dig the grave for his wife and bury him. In this garage you will find the keys to this mobile home and upon inspection you will be able to save your battery .

You will then recruit Barry as he will otherwise die at the end of the day. Then, we will enter the house and take the following supplies:

In addition to this, Barry will be looking at the car and will notify you of an option to reduce gasoline consumption. We will choose it and together we will go in the vehicle to the obstacle.

On this trip we will see some recent tire brands that will go north. We recommend you follow them to the new point, as the map will indicate and we will collect the RV .

Therefore, you will click the front seat where the RV will be placed. By exploring its use it will be determined that turning it on would provide electricity. Congratulations, you found a perfectly good power source.

The RV should then be filled with the gas can and the fan will be repaired with the screwdriver . Later you will detach the back with the hook and when you join it with the rope you will achieve a grappling hook that you will use on the rocks, which are located on the right side of the screen.

At this point, we recommend giving Coby, Barry and Cate a bottle of water . Now, we will use the thermal blanket in the cave. The Sidereal Plexus Heat Absorbing Tiles will then be opened using the Wrench and the tiles will be released when they shine.

The second night is coming

Once you have built this shelter improvise, you will have to see the clock and you should have about 7 hours of slack. Therefore, you have some time to fill the gas can and the tank of the car . Returning to the cabin will unlock the fireplace with the hook and earn a dead bird for an achievement.

Finally, the last revision of the cave will be carried out as follows:

When you have all these recommendations already fulfilled, you can sleep with the peace of mind that comes from knowing that you will live another day. Like the previous day, on That second night you will dream that you are climbing the stairs of the cabin and you will suffer one of the following calamities:

Depending on the dream, you will start living on day 3 that we will describe later in this Don’t Escape 4 guide.

By following everything correctly, you should have avoided the heat and won:

As we discussed previously in this Don’t Escape 4 guide , specifically on the first day, there will be several adversities that you will have to go through if you want to survive.

It is important to remember that during the night of the first day, as we explained earlier, you will live two different dreams. The first one will be an accident and you will feel very hot. This is how we arrived at the case described in the previous segment.

But, there is also the dream where the opposite will happen. You will have to face a wave of intense cold during the following night. However, there is no need to worry as the story will be exactly the same as in the heat.

The only difference between one and the other will be some very specific objects that you will find in the motorhome. In short, you will only take the supplies that we will tell you below:

In the same way, the rest of the steps to follow will be the same that you assumed as a precaution for day 2 with the enemy of the heat. Likewise, at the end of this day you will have the following dreams:

In this way, you will have finished with all the options that day 2 will offer you and, depending on the dream you have, it will be what you will live on day 3 that we will describe to you continued in this Don’t Escape 4 guide.

At the end of your adventure for this second day alive, you will get the following titles and benefits:

It should be noted that these achievements are nothing compared to the satisfaction of having survived the second day of the game. But now is not the time to rest since, as you will see in the continuation of this Don’t Escape 4 guide , the most complicated day of all is coming. 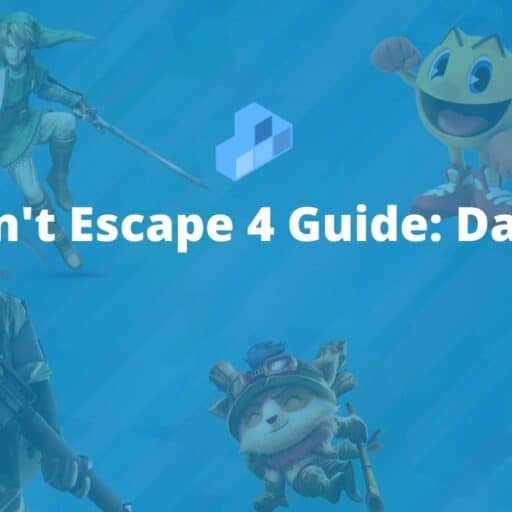