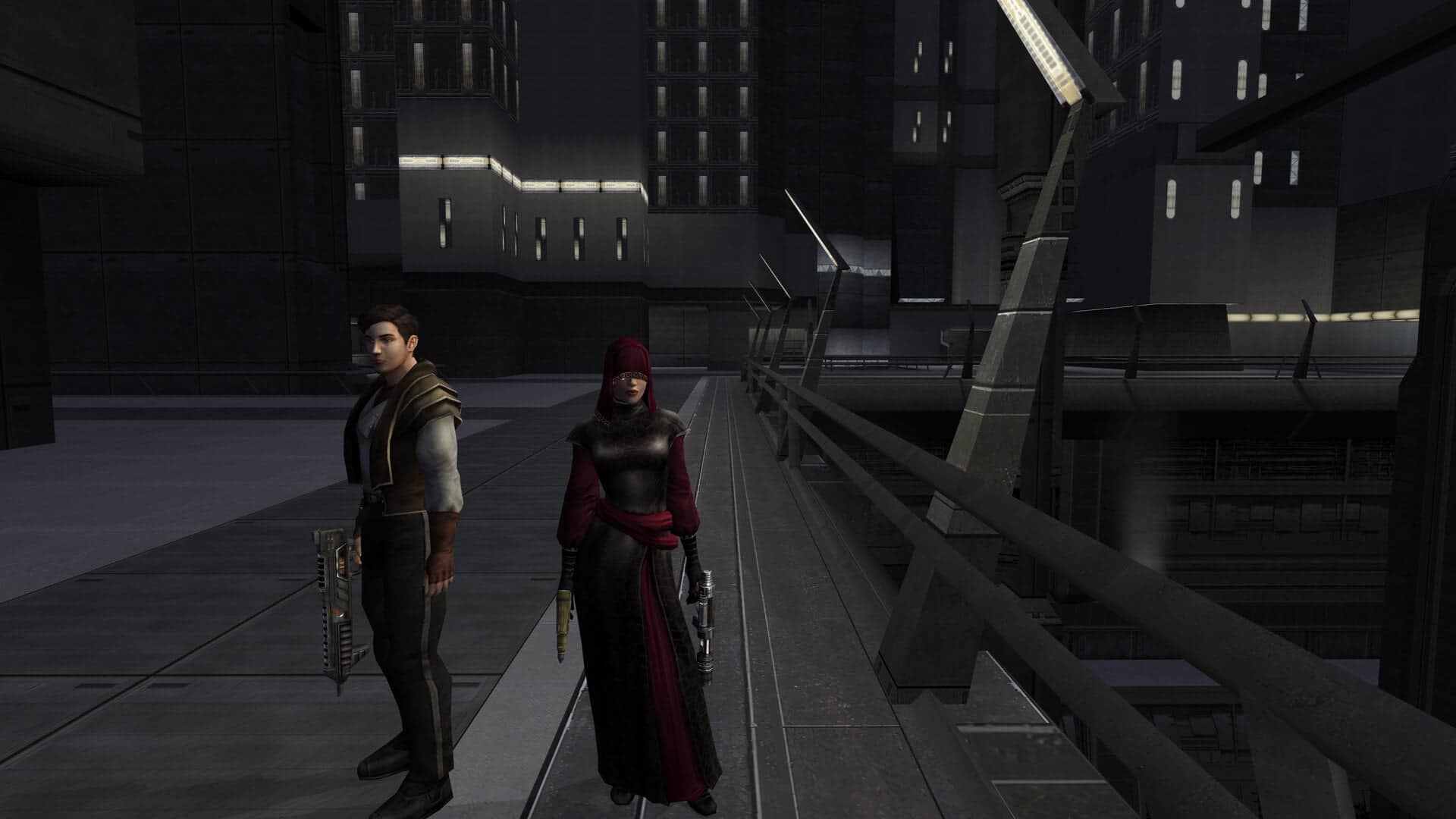 The path of force between good and evil is so similar that many times we forget what the difference is. That is why in games with the theme of Star Wars they become so entertaining since you have to build your character day by day. But in the case of Star Wars Knights of the Old Republic II it is not that easy so you will need a series of Kotor 2 Console Commands to find your way.

That is why at HDGamers we have taken on the task of building a guide like this so that you can explore each side of the force without having to take part, in the first instance, right off the bat. After all, knowledge is power and every side of life will tempt you to join their side.

Before going into the subject and knowing what those traps will be that will make us evolve faster in the world of the old republic of Star Wars , it is necessary to understand some ideas that will make you easily travel through this impressive universe.

The first of these is that Kotor 2 , as we are going to summarize the name of the game, is the second installment of the successful video game saga Star Wars Knights of the Old Republic II where you can grow as a member of this republic and face all the adversities that the galaxy has prepared for you.

Likewise, we can define it as a role-playing video game where your character will have to overcome multiple missions , putting his life at risk in practically each one of them, in order to increase your power.

On the other hand, it has a third-person pause combat system that will make you enjoy a true experience to the fullest in your quest to find your way to the Jedi or Sith side.

What are the Kotor 2 Console Commands?

After knowing the theme of the game and understanding that it is a role-playing game within the world of Star Wars , we can say that the Kotor 2 Console Commands are not more than just a few commands that will give you access to a universe of possibilities to improve your experience to unsuspected levels.

Likewise, with them you will be able to climb faster, find incredible power as well as explore more efficiently all the vast galactic territory full of missions and challenges for you. But remember that these obstacles will not always be of a low caliber so having these Kotor 2 Console Commands will always be a good idea.

How do I enable the Kotor 2 Console Commands console?

Now that we know the concepts that make this game and its tricks a very attractive combination for any player, and more so for a true fan of the Star Wars saga, it is time to get down to business.

In this sense, the first thing we need to know about the Kotor 2 Console Commands is, precisely, how to activate them to be able to enjoy all their power and versatility within the game. To do this, the most important thing is to access the game console.

If you have already played the first version or if you are just starting to enjoy Kotor 2 , to enter the console you have to first search for the file < em> swkotor2.ini inside the main folder where the game is installed and open it with the notepad tool corresponding to your operating system.

Once you enter it, we look for the section related to the game options that will appear, by default, as Game Options. Here you just have to add the command line EnableCheats = 1 to be able to enable the game console. Obviously, we are talking only for computer users since the Kotor 2 Console Commands are not available for Xbox or Android.

How do I enable the Kotor 2 Console Commands?

After doing all the previous procedure we will have the kotor2 console ready to be used. To open it within the game, we just have to press the ~ (tilde) or `(grave) keys. It should be noted that this will depend on the language in which you have configured your keyboard.

At this point you may not see any type of window alluding to this console and you think that you did something wrong during the process. However, in HDGamers we call for calm by telling you that this panel is invisible, and that is why you will not be able to see it but it will be active as long as you have carried out all the steps previously explained.

Consequently, to activate the Kotor 2 Console Commands onlyjust type the commands that you will see below after having the console active. After entering them, you must press the Enter key and with this you will have already executed the trick you want.

As we have previously announced, it is time to introduce you to all the Kotor 2 Console Commands. 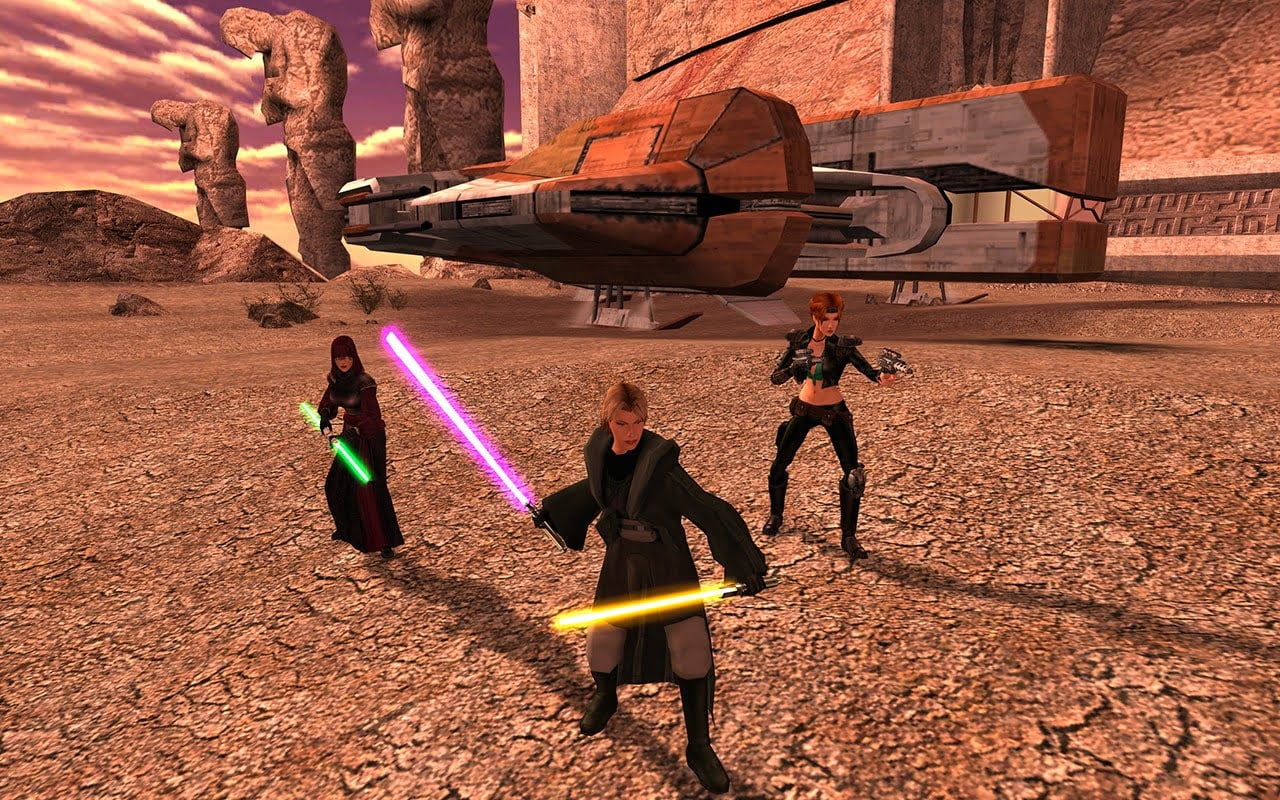 How should the Game Option of the game look to use the Kotor2 cheats?

Likewise, we can alternate the representation of these commands with the table view or card view mode with the buttons that the game has for it. On the other hand, if we want to create a gallery of images of our progress in the game, in the Game Options section we look for the line EnableScreenShot = 0 and change the value from 0 to 1 in order to use the PrintScreen key and thus be able to take various screenshots whenever we want.

In addition, we can modify the views of the game to have practically total control over the game beyond the use of these commands. However, for all these settings to take effect it is necessary to accommodate the game options file appropriately.

Also, if you want to create faster access to this option from the keyboard, add AllowWindowedMode = 1 inside this document to be able to use the Alt + enter key combination to achieve this end.1. Just remember that for this, you have to have the configuration described above. Otherwise, the game will throw an error and stop working or just shut down automatically sending you back to the desktop.

After having made this extensive tour where we discovered all the Kotor 2 Console Commands we could think that everything necessary was already discussed. However, in HDGamers we have left some recommendations for the end of this guide to improve your experience traveling through the Star Wars galaxy.

The first one refers to the activation of these commands since it is usually difficult to visualize something that is invisible. That is why in the event that hot keys do not open the console, we recommend that you click on the button above the dialog to be able to enter the detailed guide window on the use of this tool.

Likewise, it is wise to always back up your progress in the game since in some cases the command may malfunction and end up blocking or damaging your game. So it is always advisable to have a backup so as not tolose progress.

We hope you have enjoyed this post and that you found the information you were looking for. If you think that we should update any information about Kotor 2 Console Commands or that we have made a mistake, do not hesitate to write to us!